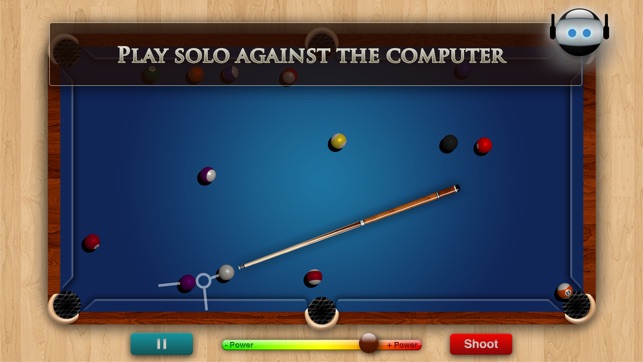 Are you searching for solo pool games to play and enjoy your company all alone? Then, this guide is for you.

Most people are aware that pool is a two-player game. The pool is a cutthroat game, whether played casually with a friend or in a more sophisticated manner.

However, you can still play the game alone without any partner.  Many solo games are available that can help you maintain your focus.

Some are merely variants of the standard two-player games, while others are ideal for honing your abilities and strategies. By playing them frequently, you should quickly develop into a pool specialist.

And once you’ve mastered pool, you may compete against your pals in a different pool game for two or more players.

So we’ve highlighted different solo pool games that will surely keep you entertained, even in the absence of others.

10 of the Best Solo Pool Games

The following is a collection of the top solo pool games that will help you improve your cue stick skills:

Eight-ball is a well-known pool game. It’s a two-player game by default, although you can play it single-handedly.

To get started, you’ve to rack the balls. That’s, put all balls in the triangular towards one corner of the pool table.

At the opposite end of the table, align your cue ball. Ascertain that the 8-ball is in the center of the rack. Align the 8-ball with the dot on the sticker, then chalk the pool stick. Break the balls by reversing the stick.

Solo pool follows the same rules as 8-ball unless you are playing 9-ball. On break, any color that first enters into a pocket determines the color of your first shot. You play for that color until you miss a shot. After that, you’ll move on to solids.

And if the ball you could only knock in on the break is a solid ball, you would start with solids until you missed a shot, at which point you’d switch to stripes

Continue shooting as though you are both players until all solids or all stripes are pocketed. Whichever color is swiped first is has a chance at the 8-ball

Rack the balls necessary for the game you’re playing, break them, and then pocket the remaining balls in the typical nine-ball form. You may even amp up the difficulty by racing against a time.

Play like you are facing a real contender, assuming the roles of both yourself and your adversary. If you are unable to make an excellent shot, take a safety shot.

Always play with the intent of winning. Because this exercise aims to hone your abilities, cheating or bypassing the rules defeats the purpose.

Fifteen in a Row

Fifteen in a row is another excellent solo polo game. To play, first rack the balls in the same manner as you would for an 8-ball game and then break.

The objective of the game is to make all 15 balls consecutively without missing anyone. There isn’t a specific order to pocket the balls. However, you can create one to increase the difficulty level.

You can also make it more challenging by timing your game or including any new rules or caveats that come to mind.

Three-ball is a fast-paced, enjoyable game that emphasizes strategy over precision. As the name says, it just requires the use of three balls. The game’s goal is to pocket the three balls in the fewest number of shots possible.

To start the game, arrange three balls in a triangular arrangement, break, and then pocket the remaining balls in the fewest possible shots.

A break is considered a shot, whereas a miss or scratch is regarded as two shots. As with traditional billiards, the balls do not have to contact the rail on the break.

Also, in 3 ball pool, most things that would be a foul under standard rules are permitted with one exception. That is moving the ball with any part of your body.

You must continue playing at the table until all the balls have been pocketed or you’ve reached a particular cut-off score. For specified fouls and strokes, your score increases. Each stroke is worth a point, and foul gets a set of specific point values.

Though it sounds strange, you can run the rack when you break. Furthermore, 3-ball is a very quick to learn game, and it is also an excellent tool for helping you arrange your strokes to be precise.

Another excellent example of a solo pool game is speed pool. Speed pool is essentially a timed variant of the game of 8 balls. It is an excellent technique to improve your ability to maintain your composure under pressure.

Like you are playing eight balls, rack all 15 balls, start the timer at 20 minutes, and break the balls. Then ensure you use numeric order to sink all the balls before time runs out.

Once you’ve surpassed the 20-minute time limit, attempt to complete the task in less than 15 minutes. As you complete each level, remove five minutes from the time and play again.

10-ball is possibly the most difficult variant of the regular pool games. The regulations for ten ball pools are essentially identical to those for 8 and 9 ball pools.

As with 8-ball and 9-ball, set up the game and begin playing. However, you have to call out a number and the pocket you wish to pot the ball in this game.

If the ball falls into a different pocket, it is removed and placed back on the table. At the same time, if a ball is not called and it slips into a pocket, it must also be returned to the table.

Start with the stripes, then the spots, and finally the black ten-ball. Ten ball pool can be pretty challenging, as it tests the skill level of an actual game expert.

Once you’ve learned this game, you should find it easy to master any other solo pool game.

In ghost pool, you compete against a ghost player. Because the player is an expert, they will run the table if you miss by any chance. When the game begins, specify the total number of matches you wish to play.

Establish a standard pool table for your preferred game of pool. Rack and break conventionally. You can pick up the ball in your hand and move the cue around to your desired spot. You keep on playing until you miss.

At which point, the ghost player takes control of the table and “clears” it. The ghost triumphs in one game and then begin another. Maintain a running total of each “player’s” victories.

When the game ends, the player who won the most match wins. The pool match has only one goal, which is to defeat the ghost.

To play the solo version of this game, wear the ghost hat yourself and play. Here you get to keep on playing as the ghost once you miss. It enables you to determine who will win the game, you or the ghost.

Trick shot is an excellent solo pool game that you can play. In this game, you don’t have to rack or break anything. You’ll need the balls to create various circumstances in which you’ll put yourself to pot.

Trick Shot is a game in which the cue ball is bounced off the cushion while potting the balls. There are times when you’re playing a competitive pool game, and the only way to pocket a ball is to bounce it off the cushion. To be able to do this can be pretty beneficial in difficult situations.

Once the snooker pool is up and running, you’ll want to allocate points to all the balls individually. Typically, you accomplish this by referring to the ball’s number. Specify the number of shots you wish to take.

Begin the game by scoring as many points as possible in the limited number of shots available. The clear-cut play might not yield the highest number of points. You want to ensure each shot gets you the highest point possible.

By playing this game, you can improve your shot choices. It can assist you in learning how to scan the table and locate all of your possibilities.

The more you practice and perfect your shots, the better chance to beat your previous record.

14.1 straight pool has been around for a long time. Additionally, it requires the greatest time to play. At the beginning of the game, specify the number of balls you wish to make and then keep track of the number of shots you have to takes to get it.

You might have to rack and break several times, but it all depends on the number of balls you set. 21 is the most commonly total of ball used. Unless you’ve cleared the table, you keep shooting, after which you then re-rack and resume shooting.

You can modify the rules to add a penalty to your shot list each time you scratch. The main objective is to pocket all the balls with the fewest possible shots.

What are some of the vital pool phrases that you should be familiar with?

As with many games, you’ll come across some specialized phrases that may be confusing at first, but once mastered, will provide you with the vocabulary necessary to support your master pool talents.

Triangle – The triangle-shaped wooden tool used to rack the balls at the beginning of the game.

Rack signifies the spotted, striped, and black balls in the triangle to start the game. ‘Rack them up’ is a common term that indicates setting up the balls.

Break – This is how the majority of pool games begin. To break, you must strike the white ball into the rack while ‘breaking’ the balls in the rack.

Call-pocket – This word refers to the process of selecting a pocket in which to pot a ball. It is used in several games to boost the level of difficulty. A foul occurs when the ball enters an uncalled pocket.

Run the rack – implies potting each ball one by one.

Scratch – A ‘scratch’ is defined as potting the white ball concurrently with another ball. It is a foul, meaning that the shot is to be ‘scratched’ off.

What does a player’s ‘foul’ in Solo Pool Games mean?

A foul occurs when a player makes an unlawful shot not permitted by the game’s regulations. Depending on the game, a player can commit a foul in a variety of ways.

The most frequent is when the cue ball misses your allocated color, or it hits the opposing team’s color ball before hitting yours, and lastly, you pot the white ball.

Also, if you pot the black ball, that incurs a foul resulting in an instant loss to that player. Others exist, although they are also game-specific.

If you’re playing solo, define ahead of time what constitutes a foul and the punishment for causing one.

Is there a difference in pool performance while using different pool cues?

Different pool cues have a noticeable effect on how you play, and they are available in diverse sizes and weights.

Which cue is most effective for you is determined by a variety of factors, including your height. Before making a purchase, experiment with several cues.

Solo pool games can be enjoyable. If you still want different games to entertain yourself, consider grouping the games. You can try adding a ghost to any of your pool games. Adding more challenges keep the fun of the game.

While competing against yourself can be fascinating, it can also help you improve as a player. Participating in these games can assist you in defeating other players. It’s a more enjoyable variation on the practice.

How to Play Straight Pool — Rules and Instructions