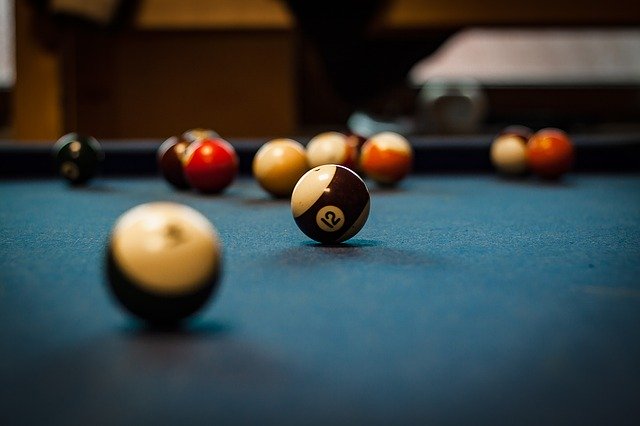 Taking a few minutes to pick up some tips on how to play 10-ball Pool isn’t a bad idea if you love playing 9-ball.

Both are indistinguishable. They’re rotation-style pool games where you have to target the smallest number on the table to work your way up to the highest number.

However, as you’ll see, 10-ball games rules have some differences that make it a little more intriguing than your usual 9ball pool game.

And that’s why advanced pool players love this game.

The Object of the Game

10-ball is a call-shot game played with ten numbered object balls, one to ten, and a cue ball.

For each shot, the 1st ball that the cue ball comes in contact with must be the least numbered ball on the table, but the balls do not need to be pocketed in sequence.

If a player sinks a ball on a legal shot, he stays at the table for another shot, and carries on until he misses, commits a foul, or wins the game by sinking the 10-ball.

Following a miss, the next player has got to shoot from the former player’s position, but if after a foul, the succeeding player can start anywhere on the table with the cue ball.

At the instance one of the players gets the required number of games, the game is over.

The balls are arranged in a triangle, with the 1-ball by the base at the triangle’s top, 10-ball in the triangle’s middle, 2-ball & 3-ball randomly placed at the lower corners.

And the remaining balls are randomly distributed all over the rack.

Decide before the first game who may break first. As in any kind of billiard game, this is always a plus.

The simplest way to achieve this is to lag, which means that you all take a shot from the headrail simultaneously.

The player with the ball that ricochets off the foot rail and lands closest to the headrail wins the first break.

After each game, the players take turns breaking.

The rules for the break shot are similar as for other shots except:

If no foul has been committed during the break, the player can decide to play a “push out.”

This means that the player can take a shot, and the rules of striking the wrong ball first and not hitting the boards after contact are ignored.

The following player can then choose whether or not to shoot next, depending on where the push out ends.

Note: Spot the 10-ball if it’s accidentally sunk during the push-out.

If a player causes a foul, he must surrender his run at the table, and no pocketed balls on the foul shot are re-spotted (exception: if a pocketed ball is the 10-ball, it is re-spotted).

The next player is given the ball in hand.  If a player commits multiple fouls in one shot, these will be counted as a single foul.

If the first object ball the cue ball touches isn’t the least numbered ball on the table, the shot is a foul.

The player can set the cue ball wherever on the table bed, if the cue ball is in hand, except in touch with an object ball.

The player may keep on correcting the position of the cue ball until the shot is taken.

Object Balls Jumped off the Table

A foul occurs when a ball comes to rest off the playing surface, and the ball or balls are pocketed.

This includes any unintentional movement of a ball that results in a ball landing into a pocket.

The accidentally pocketed ball isn’t put back into play, and the next player has cue ball in hand.

If no object or person has been touched, the regular rules of the game apply as soon as the ball goes back to the playing surface.

Foot on the Floor

By not having at best a foot on the ground the moment the tip of the cue hits the cue ball is a ball-in-hand foul.

Every miss on a jump shot is a ball-in-hand foul. A legal jump shot must be performed by a shot through the cue ball (no bouncing or misses).

A shot, while a ball is moving or spinning, is a foul.

The opponent legally sinks the 10-ball

If, in three repeated shots, a player commits a foul three times without taking an interfering legal shot, the game is lost.

The three fouls have to happen in the same game.  Between the second and third fouls, the warning must be given.

A player’s round starts when it is permitted to take a shot and finishes at the end of a shooting where he misses, commits fouls or wins, or if he fouls in-between shots.

During the opening break, the game is believed to have started when the cue tip has hit the cue ball.  On the break shot, the 1-ball must be legally touched.

The game is concluded when a legal shot ends, where the 10 ball is pocketed, or a player loses the game due to a foul.

Having said that, we hope you find it easy to master the 10-ball game rules laid out in this guide.

How to Play Kan Jam Rules

How Do Air hockey Tables Work

What Is Spec Tennis? Rules and Basic Game Instructions