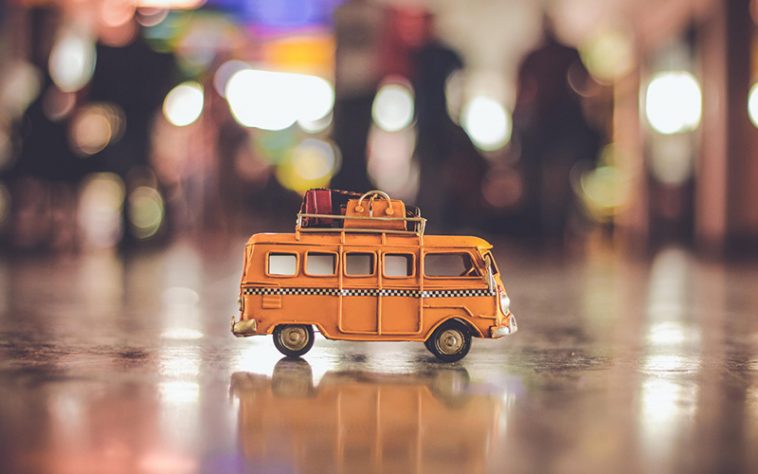 A cool option to get things started, Ride the bus is a drinking game, which is played using a standard pack of cards. The object is to hold the fewest cards when the round ends.

All you need to play is a deck of cards and beer (or any alcohol you want). You’re to deal the cards by asking a set of four questions or simply deal 4 cards to each player. The player drinks if he/she gets the answer wrong.

However you choose to play the game, each player must have four cards in the end. Here are Ride the bus drinking game rules.

In the first part of the game, the dealer sets up the table of cards, which is known as The Bus. You can do this in two ways:

Diamond: Diamond is a method that requires nine cards, which are positioned in a diamond pattern of 1,2,3,2,1 cards. This way, the start and end of the bus are shorter compared with the center.

If 8 players compete, you have to arrange an extra row.

Triangle: Here, you’ll place ten cards face down on the table in a non-overlapping triangle, consisting of 4, 3, 2, and 1 card in each layer, and ensuring the apex faces the dealer.

A player is chosen as the dealer, who will then shuffle the deck and start from the left, asking the 1st player, “red or black?”

That player will guess whether the card is red or black. If he’s right, nothing will happen.

However, if he’s wrong, he will take a sip of their drink. The game proceeds around the circle until all participants have got their first card.

Now, the dealer will ask player 1, “higher or lower?” And the player must give a response showing whether he thinks the card about to be dealt is higher or lower than the 1st one they got.

Ace is the highest.

If the player makes a wrong guess, he drinks. This game goes on around the circle until every participant has received their 2nd card.

If both cards (the 1st and 2nd) are the same, the dealer will shuffle the dealt card again back into the deck and pick from the top once more.

Following the same format as the two earlier rounds, the dealer will ask “in-between or outside?” which means: Will the card about to be dealt go in-between the 2 previous cards’ values, or outside the gap?

For instance, if the 1st 2 cards you received are 4 and 9, 5 would fall “inside” while a Queen would be put “outside.”

If the card is the same as either boundary card, the dealer will reshuffle the dealt card again and pick from the top.

This is the last dealing round, where the dealer will simply ask each player to pick a suit and offers them a 1-in-4 opportunity to avoid a drink.

If the player makes a wrong guess (and that usually happens a number of times), he drinks. If he happens to make a right guess, he earns 5 drinks.

He will share these drinks among the remaining players, either by stacking 5 sips onto 1 person or assigning each drink to a different opponent.

Each player now takes his 4 cards in his hand, and the dealer will now build a pyramid of face-down cards.

In the pyramid, 5 cards will be at the base, 4 in the next row, and it goes on in that order until there is a card at the top.

Drink values rise as you move up the pyramid. Cards on the bottom row will count for a drink each, while the single top card counts for 5 drinks (or one shot of liquor if you want to go a step higher).

1 card gets flipped at a time starting at the bottom row. Anyone that has a matching card at hand can lay their card on top, which will give them the right to punish another player using the quantity of drinks for that row.

It’s allowed to lay down multiple cards per row and on the same card. Also, the drinks won can be shared anyhow the player wants.

The game proceeds up the pyramid.

Here’s an example: The dealer flips a 4 over on the 2nd row of the pyramid, and a player gets a 4 in his hand. He lays the 4 down, winning 2 drinks to share with multiple people in the group or with a person.

Players are allowed to save their cards, hoping that they can match them to a higher pyramid value.

However, it’s a risky strategy, since holding the most cards in your hand by the end of Phase 2 implies you must ride the bus.

As soon as the pyramid cards are flipped over completely, and the final drinks have been shared, players will compare the number of cards left in their hands.

Usually, they’ll have eliminated all of them. But it’s possible they’ll still have cards left.

The player that has the maximum number of cards must ride the bus.

Bear in mind that if 2 people have an equal number of cards, the person that has the highest value card at hand must ride the bus.

In a situation where both players have matching highest cards, the loser is the person with the next highest card.

The dealer will lay ten cards face down and turn over a card one by one. If it’s a number card, nothing will happen, and the dealer moves on to the next card.

You might find these Ride the bus drinking game rules confusing. But with a bit of patience & practice, it gets easier.

Ride the bus is a drinking game played by using a standard deck of cards. The game aims to have the fewest cards when the round ends.

All you require to play is a deck of cards and beer (or any alcohol you choose). You deal the cards by asking a set of four questions or simply deal 4 cards to each player.

If he gets the answer wrong, he drinks. However you choose to play Ride the bus, each player must have four cards in the end.