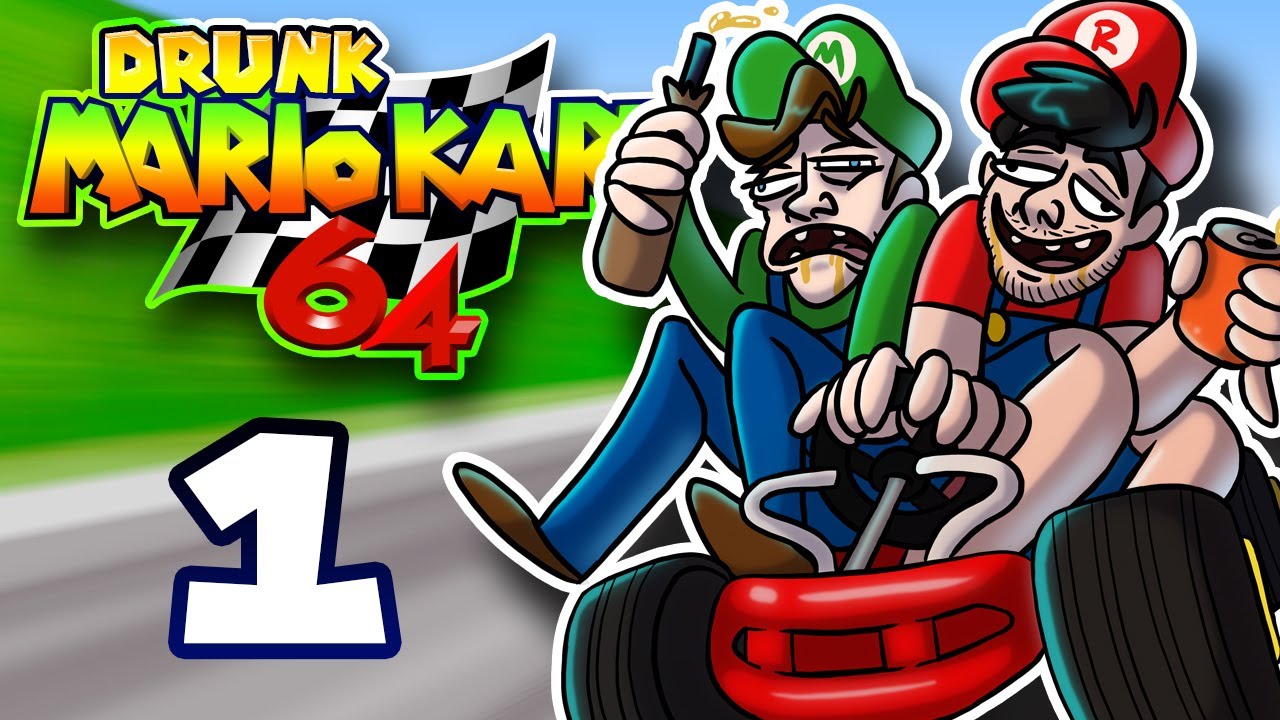 Like the Shrek drinking game, this was a delightful concept brought to life.

Of course, it’s easy to point the finger at the internet because someone figured out how to turn a video game about kart racing into a drinking game.

But that’s okay because this is going to be a ton of fun no matter who wins.

With so many variations of this drinking pastime, you can easily design your own set of rules.

However, the basic rules require that participants drink if they are knocked off the course, hit by objects, or lose the race.

Along with drinking, some rule sets include additional acts that must be fulfilled if you lose a game.

For instance, you may be required to complete a Truth or Dare challenge (as in King’s Cup) or spin around several times before drinking.

To play, you’ll need to understand the foundations of Mario Kart and have a firm grasp of the controls.

To participate in the Mario Kart drink game, you’ll need alcohol (in copious amounts), a copy of Mario Kart, and the appropriate system.

Most people use the Mario Kart 8 Deluxe version when playing this drinking game.

The Nintendo Switch edition of the game is now available.

There are, however, Mario Kart versions for the Wii U, Wii, Gamecube, and even the older Nintendo consoles, all of which can be found on Amazon.

However, the Switch version will be the most widely available to the general public.

While the Mario Kart drinking game can be enjoyed by two players, it is better enjoyed with a group of friends.

Therefore, the game may handle a maximum of four players.

Despite this, this game is best enjoyed with friends in the same room.

Please believe us when we say that this method is far more enjoyable!

So, if you’re interested in playing, let’s go over the regulations first.

Of course, the goal of this drinking game is to win, just like any other.

However, compared to other drinking games, winning or losing isn’t that significant in this pastime.

So, you may have fun with Mario Kart while still getting wasted.

There’s nothing more you could ask for in a drinking game.

Despite the fact that this drinking game is very straightforward, there are numerous variations you can try.

As a result, we’ve put together this comprehensive guide to help you get the most out of the game.

If someone is new to the game, start with a practice race.

Once you’ve made sure there’s alcohol nearby, it’s time to get ready to race!

This is a fun drinking game that can be played in a variety of ways.

If you’re new to the game, start with the basic rules and work your way up from there.

Since this drinking game may be played in so many various ways, we’ve put together a few distinct rule sets that you can utilize.

New players will easily be introduced to the game thanks to the simple rules, which are an excellent place to get started.

Take A Drink When

These simple guidelines aren’t enough for some people.

Therefore, everyone who doesn’t finish first has to drink something.

When someone wants to go get a drink, the game should be halted.

If the fundamental principles are too simple for you, you can always use the advanced rules.

If you want to spice up the Mario Kart drinking game with some unique rules, go ahead!

We’ve included some more complex rules for you to use down below:

Additionally, the winner of the race will be able to nominate one player to get a drink.

When somebody takes a drink, you should pause the game.

If you like to add to the chaos, you may perform the drinks without interrupting the game.

However, this will undoubtedly add to the confusion since individuals will need to drink quickly in order to rejoin the race.

Because the Mario Kart drinking game is so adaptable, adding your own rules is simple!

Consider them similar to the home rules in a game of Monopoly.

Simply ensure that they are agreed upon by all players and avoid making them unnecessarily convoluted.

Mario kart is an entertaining game, but you get an even more exciting pastime when you add a drink to the equation.

There are different variants of this game, and we’ve outlined some of them in this article.

It’s one of the most exciting drinking games for two out there.

All you need to play is a few friends and your drink of choice, and you’re good to go!