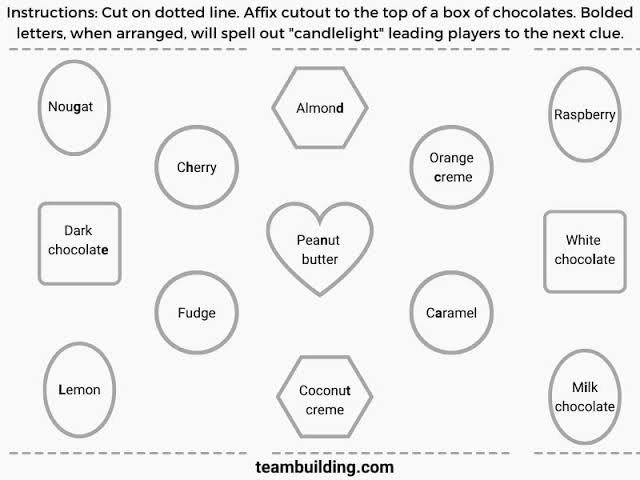 Finding escape room game ideas might be a tad challenging. Mainly when it’s like that, all the good ideas have been used by someone else and all other possible combinations. However, there are still great ideas for anyone interested in developing another option of these unique games.

The fact that it has gained such popularity recently demonstrates unequivocally that people find the escape room games much fun — which is why they keep returning for more.

Simply said, these games are continually evolving and expanding in popularity.

Clearly, the escape room puzzle concepts are limitless in ingenuity and entertainment value—although there are some requirements for the riddles offered by real escape games.

Let’s start with the fundamental escape room puzzle concept: Keep all the crucial objects hidden. It’s impossible to do an escape room without hiding something. It’s like the one common rule being used all over the world.

Therefore, here are some suggestions for dealing with them:

Hide things in places you think are obvious (old school); for example, beneath the flower pot or between a book and others. It may seem self-evident, but individuals with adrenaline coursing through their veins may develop a nerve searching for it.

Another excellent idea is to use modern, exclusive methods, such as concealing clues that can be discovered when lighted by a blacklight.

Use puzzles that take at least two people to complete. This adds complexity to the challenge and aids in the development of effective teamwork. For instance, put a partial hint to a puzzle in different rooms. That way, participants will have to read the clues in each room to understand the mystery.

A similar innovative concept is to create a puzzle in one area and the solutions in separate rooms, forcing the team to work on a single case across a larger territory.

Use light to conceal some clues

Experiment with light. Light is significant in setting the right mood, in hiding clues. Though it isn’t all escape room themes that usage of light is perfect with, I think you can get creative and figure something out to make this work.

Decrypt the texts or numbers

Try using texts as the game’s riddle. Texts are a nice way to make the game more challenging for the players. You can use them differently; for example, decrypting random words.

Another excellent idea for the game is to use texts that are only visible in the mirror image. Even if this technique appears to be too evident based on the appearance of the letters, you can always conceal the mirror and have players seek it out.

Use some apparent patterns in the game

Consider using something that the participant will think it’s too simple to hide a clue there. But instead, it’ll be so surprising and perplexing that it’ll only improve the game.

Take a look at this example: putting essential keys in the key bowl, or hiding things under the bed. Incorporate commonplace items into the game but do so in novel ways.

You probably think what other puzzle concepts for actual escape rooms we haven’t addressed. However, there are still great ideas you can make use of in your game room. Those are ideas that fall under the subject of secret hiding places.

Consider concealed doors! Everyone will become giddy with excitement upon discovering a secret door.

You can devote the entire room’s riddles to locating the lever mechanism that’ll expose a secret door. At the same time, you can also construct a trap door.

The door will take the player to a dead end or an unanticipated trap along the route, forcing the unlucky one to look for a way out in complete loneliness.

Hide some clues in the decorations

The objects of decor that contribute to the mood can also be used to conceal the puzzles. For example, you might disguise some codes among the images or leave hints within the plant. Or use the picture as a clue. Then, within a split second, a piece of design transforms into a puzzle.

For instance, insert a hint indicating that it may be viewed only from a specific physical position and calculate the required height and angle.

For example, the player will only see it lying in bed or seated in a specific chair.

Include some enigmas (place some riddles)

Experiment with riddles. Simply place some riddles openly on the game set, where participants may easily find them, solve them, and disclose the hint for the next challenge. It’s one of the escape room’s classics that include

They all have an essential role in keeping the game more interesting.

Create a combination of objects

Make a riddle that requires the players to put anything together. For example, put objects in the room so visibly connected that someone will ultimately attempt to link them together.

Include clues that’ll become visible only once the puzzle is assembled, as in locating food in the refrigerator or a book on a bookshelf. Then, distribute them about the house to increase the difficulty of solving puzzles.

Alternatively, place an object in an environment that’s utterly incompatible with it. In such a way that it quickly stands out and raises some doubts. Those that disclose it should be rewarded with additional information.

You can also create a collection of goods that’ll be distributed throughout the gaming space, like cards, cubes, or stickers.

Use sounds to aid the team’s navigation

Create a sound system that’ll aid the team in locating the riddles. For example, utilize a distinct sound to indicate when the player presses the incorrect buttons or, conversely, when they’re getting closer to solving the puzzle.

Another option is playing a record that has a hidden or decoded riddle. For instance, play a piece of well-known music that’ll undoubtedly direct the gamers to the clue in the room.

Or set a radio in a prominent location in the room, where one of the players will eventually put it on. You might also hide the batteries from the radio so that it’ll make the game harder.

To add a layer of difficulty, you can employ Morse code. Then, simply play the record on repeat until the players grasp its significance.

Engage the gamers in some extra physical activities

Engage the teammates in some additional physical activities. Make a puzzle that requires physical strength, a quick reaction, or work on chores that need hand-eye coordination.

There’s always a good reason to put darts game inside the room or show hints meaning «the basketball ring is here for a reason».

After the player strikes the correct target with a ball or even a water pistol, you can provide a hint to the following challenge.

Another nice approach is to require them to tie knots on a long rope for whatever purpose. Then, if there’s insufficient physical exertion, have the players figure out how to acquire the clue hidden in a very small or tight space. Or make the object too huge to fit through the doorframe to the main room.

There you’ve it — excellent escape room puzzle ideas you can enjoy. We had a great deal of pleasure putting all of those ideas together, and we hope you would experience even more pleasure while trying them out.

Best Games for Your Room – Exciting Fun Games For You

10 Foosball Strategies to Improve Your Game