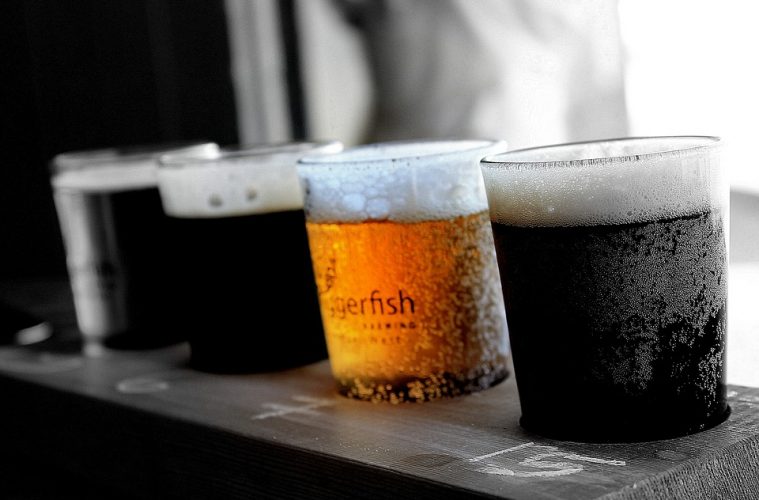 Battle Shots drinking game is based on Battleships — a board game many of us played as kids. Sharing a number of similarities with beer pong, Battle Shots tasks players to set up shot glasses around a grid.

If the opposing player guesses their whereabouts correctly, you must drink, and these penalties can make you become drunk pretty quickly. To play the game, you need Battle Shots board, 12+ shot glasses, beer or liquor.

You can buy Battle Shots board online or devise some Battle Shots DIY ideas to make your own with wood or old pizza boxes on which gridlines are drawn.

Battle Shots Game Rules – All You Need to Know

A coin is flipped to determine the person that will go first in the game. Then, just like you used to play Battleship as a kid, the person that goes first will call out coordinates where they believe their opponent has placed one of their “ships.”

Each time a person makes a guess, you’ll mark a piece of paper or your coordinate map. The markings should differ depending on if the turn is a hit or miss.

If a person hits a ship on the opposing player’s board, they must drink the shot from that particular spot.

Thus, if you call out C6, and the other player has a ship there, he’d take the shot.

If the guess is a miss, nothing will happen other than the sheet getting marked, and the game will go on.

You’d certainly want to be sure that all guesses are being marked on a sheet. If not, the same locations could be called out 2 times, especially as more and more shots are being taken throughout the whole game.

Like in Battleship, the goal in Battle Shots is to sink all your opponent’s ships.

In this game, the loser will have taken all the alcohol on their board when all their ships have been sunk.

When a ship has been taken down (sunk), the player who has the boat must declare that it has been sunk, so the other player can know he is to guess another location on the Battle Shots board.

You can also customize the game by adjusting the rules.

That will make you stray from the traditional Battleship rules. You can allow more players to participate in the game, make the ships as long as you want, switch out your shots for other drinks, and others.

The rules for this DIY drinking game aren’t that strict. Just make sure you’re enjoying yourself with friends.

Your options are endless as regards the equipment required to play Battle Shots.

If you’re the crafty type, you can design the board and pieces yourself. Or you could even use odds and ends around your home.

We also have several different options for purchasing Battle Shots online. Importantly, you and the other player(s) will require a Battle Shot board to play.

And it can be handmade, bought from a store, or even a couple of old pizza boxes on which grid lines are drawn using Sharpie.

Remember the Battleship board, where both you and the opposing player will have privacy screens, which are also used as a place for marking where you have tried hitting a ship.

Apart from a board, you’ll also require 12 shot glasses, at least. You might need more based on how lengthy you make the ships.

Finally, you’ll need alcohol. No set rule is given on what you’re to drink when playing this game, so you can select your favorite liquor or beer, and start playing.

How to Set up the Game

Sit opposite your opponent, and place a sturdy table in between for holding the boards. Set up your Battle Shots boards, and each player must have their own board facing them.

If you’re using the store-bought variation of this game, you can attach the privacy shield to your board and adjust the coordinate map to face you. This ensures neither of you will be able to see the other person’s board.

If you built your own board, put a piece of paper nearby to note any hits and misses. Battle Shots boards are usually labeled using coordinates for making it easier to determine the location of your opponent’s guess.

When the opposing player calls out his guess, your board needs to be designed in such a way that A1 is the top left corner space.

The next step is to arrange your shot glasses to look like those boats in the classic Battleships game. Shot glasses are to be positioned on the board either horizontally or vertically.

It’s not allowed to position ships diagonally. There should be 6 “battleships”, which are composed of shot glasses, in total.

As stated above, if you’re using the standard Battleship rules, a battleship takes 3 shot glasses, destroyers 2, and the submarine 1.

But you can get creative with the sizes and names of your ships if you like.

Don’t let your opponent know where your ships are located, and ensure that they don’t reveal their positions to you as well. As soon as all of the shots are on the board, the game can start officially.

Once you master these Battle Shots game rules and practice with friends, you can beat your opponents consistently. However, please consider drinking responsibly.

Best Games for Your Room

How to Play the Mummy Wrap Game Rules

Beer Pong Tables That Give You a Home-Court Advantage