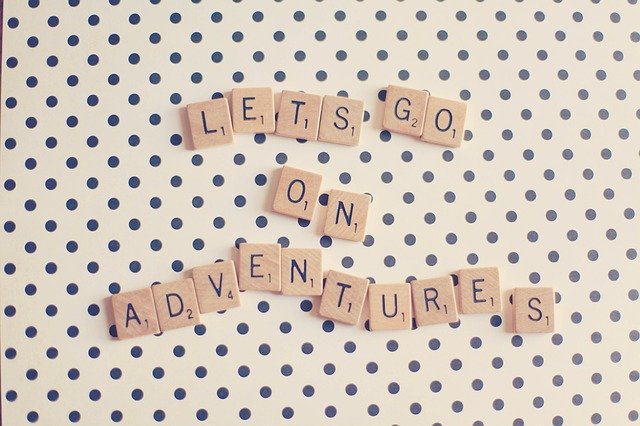 Scrabble is a top-rated board game and has inspired numerous gamers to expand their words choice. It’s a game that challenges your intellect and ability to think fast.

You don’t have to be an expert to play the game; just knowing some vocabulary is enough.

However, the game can be boring and monotonous when you play it continuously over time. For this reason, people are searching for games like Scrabble to make their evenings enjoyable.

If you like the challenge Scrabble presents and are interested in other similar games that you can play with your family, friends, or acquaintances, these board games can definitely keep you entertained.

Taboo is a classic game like Scrabble. This game can get a bit wilder and a little more frustrating than its crossword-style equivalent. Thus, it’s an excellent option if you wish to incorporate some fun into your game nights.

The game has a simple concept: Individual players take turns as the giver drawing from the deck of cards.

The game’s objective is for each player to get their teammates guessing the word on the card they selected without using that word or the extra five words enumerated on the card.

However, each card has some words listed on it that are termed as “taboo.” No penalties are involved for wrong guesses, so players can make many wrong guesses since it’s within the allotted time.

Each team receives a point for accurate guesses and a penalty for taboo words. At the end of the game, the team that guesses the highest amount of words wins.

Equate is a board game similar to scrabble, where you gain points for forming equations on the 19×19 board using numbers and mathematical operators. The equations are made in crossword-style and must be correct.

The game has a premise that is very easy to understand. There are various tiles labeled with numbers and signs showing division, multiplication, positive, negative, and equality.

The players must use the fraction tile or land on the premium position to earn a high score. The participant that earns the highest points at the end of the game wins.

This title is an excellent educational board game that can be used in the classroom or for a family night. It’s perfect for developing mental arithmetical skills or just want to be challenged in ways that are different from vocabulary words.

Boggle is played with the use of a plastic grid of lettered dice. The players have three minutes to locate as many related words as possible from the uncovered letters lying in a 16 dice grid in this game.

A minimum of three letters long, players cannot make use of the same letter cube twice per word. Players have to read out the words they discovered. Any word choice found by more than one player is removed from the list.

The remaining words are then awarded points, depending on the number of letters the word contains. The game lasts 10 minutes each for 1 – 8 players. The player with the highest points wins the game.

Boggle is the ideal game if you need a board game that is much like Scrabble, and it has different variants that might interest you.

It’s also perfect for younger players who are just developing their vocabularies.

Wordical combines both dice & cards. Roll the vowel dice, and then join the letters with the consonant cards in your hand to form the highest-scoring word and you win the round.

This title is ideal for those searching for a fast-paced and engaging word game like Scrabble.

2-8 players can play the game at once, and it has a pretty simple premise. Cards having consonants listed on them are given to each player.

In each turn, individual players roll the dice with vowels. They have to form as many words as possible using the displayed vowels and the consonants on the cards they were given.

The game is an excellent choice for a game night with the family, especially if you want to pick up new words and foster innovative thinking!

Wordical is one of the best and exciting games like Scrabble available!

Bananagrams is also a game similar to Scrabble because of its use of related tile laying pattern and crossword puzzle making mechanics.

The gameplay differs slightly, but you still need to make use of the available information to assemble smart words.

This title is a game inspired by Scrabble, but it’s a bit more lighthearted and mobile.

Each player works independently of one another to create their own “crossword puzzle” faster than their opponents by using 144 plastic letter tiles.

When one player has used up all his/her letters, all players can pick up a new tile from the pool.

The game’s objective is to be the 1st to finish a word grid after the bundle of tiles is used up.

The game starts with each player putting their tiles face down, and the first player to deplete their tiles to form a word, which can be found in the dictionary, wins.

Upwords is another game that’s very similar to Scrabble if you’re into the game’s crossword aspect.

It’s a unique 3-dimensional game in which you have to search your vocabulary for funny new words.

This game takes the original classic and adds a new dimension to it, allowing you to build also.  The game twist is sufficient to make playing and scoring different, so it’s a game worth checking.

The players alternately form words on a grid. The words can be formed horizontally or vertically, like in Scrabble. However, the letters can also be stacked on another letter already placed on the game-board to create a new word.

This allows words that have already been played to be converted into other words by assembling new letters.

Unlike Scrabble, the different values for each letter used when a new word is formed aren’t counted; instead, the number of tiles used in that word is.

Play the letters to see the person that can form the greatest variety of words. You get more points every time you put a letter on another tile.

This way, you will add up quickly. The game can be played by two–four players and last about 90 minutes.

One Up is the ideal game for you if you’re searching for a fast and compact word games like Scrabble. Much like Bananagrams, One Up! is a pool of letter tiles in which the players make use of to form words.

The game’s objective is to have the highest words at the end of the game. The game begins with each player forming words from the tiles lying face down to gain more points or stealing other players’ words.

For instance, there are three players, each of them alternately turns over one tile at a time. So if player one turns over three tiles, A, T, P, the second player immediately calls out TAP, picks up the tiles, and lays it in front of him. The second player continues to play by turning over another tile, let say an “S”. The third player can shout out “TAPS” stealing the words from player two and placing the tiles in front of himself.

You must be swift with your thinking, be good with anagrams, and be able to build on any word to remain in the game!

One Up! Is perhaps one of the fastest moving and competitive games on the list, but it’s also one of the most entertaining.

Quiddler is another word game that’s similar to both scrabble and gin rummy. The game challenges you to arrange all the cards in your hand into one or more words.

At least 2 or more players can play it. The game consists of 118 cards, from which the dealer shuffles and sets out as the draw pile and the topmost card as the discard pile.

Each player uses the card in hand to form words or select from the draw pile, and each turns ends with the players discarding a card from their hand, leaving them with the number of cards they started with.

The game continues until a player goes out, meaning he has used all of his cards to form a word or allowable words. The points on formed words are counted to determine a player’s score. Points on any unused cards in the hands of the players are subtracted from the score.

The player that gets the highest points at the end of the game wins.

This is an anagram word game. Dabble has five tiers on which players place lettered tiles to form words. You can form a two-, three-, four-, five-, and six-letter word.

Each round is timed 5 minutes, that is, 30-60 minutes per game. The game’s object is to be the first to spell valid words on all five tiers within the given time range.

Players could exchange all or part of their tiles if no one was able to form a word. This is done by placing the tile they wish to exchange in a bag and picking the number of tiles they discarded.

Players are allowed to challenge any formed words as not a word or misspelled. If the challenging player is correct, the person that played the word has to deduct points from his/her score.

Dabble is another game like scrabble that is easy to play and good for children, which can help them extend their vocabulary.

Word On The Street

This is a game that involves brainstorming and spelling out words that fit into a category as your opponents try to sabotage and distract you. You’ll definitely make enemies during this game.

Each team draws out a category card and has to come up with a word that fits into the category while the other team turns on the timer.

Excluding the vowels J, Q, X, & Z, all letters start in the middle of the street with two lanes (spaces) on each side. Each time a letter occurs in the selected word, this letter moves a lane closer to the team’s side.

Once a letter is moved to one side of the board, the letter belongs to that team, and it can’t be moved anymore. Future words can still make use of that letter, it’s just that it cannot be moved again.

Teams can be challenged when a word is formed as misspelled. If the word is incorrect, all the tiles after the misspelled words must be moved back. However, if the spelling is correct, the challenger losses their next turn.

Hyphenation, plural, compound words can be used, and it must fit the category. The game ends when one team claims the 8th letter. They can do any victory dance they want.

Word on the street is a straightforward game. Playing it doesn’t involve too much hassle, which is good, especially if you wish to incorporate it into your game night.

There are tons of games like Scrabble that will keep even the toughest word stealer happy. We’ve talked about ten different board games that you can add to your game nights with friends and family. Also, these games are kid-friendly and can help them develop better vocabulary.