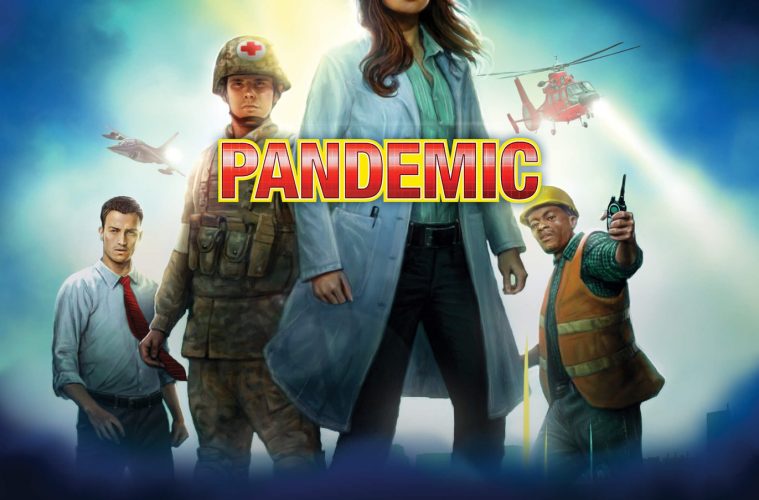 Pandemic is a cooperative board game that was developed by Matt Leacock. It was first published by Z-Man Games in 2008 in the US.

The title’s premise is simple: Four diseases have emerged globally, with each of them threatening to wipe out a region.

If you find Pandemic fascinating and have made some progress in the expansions, then it’s time to get a new co-op experience (generally involving two to four players).

Outlined below are some cool games like Pandemic that also offer unique mechanics and exciting challenges:

Ghost Stories is a cooperative game involving one – four players (who are inhabitants of a town in China based on the game’s premise). In the game, players are tasked with protecting their town from incarnations of Wu-Feng (the lord of hell) & his legions of ghosts before they haunt the city and get back the ashes that will enable Wu-Feng to return to life.

Each player stands for a Taoist monk and collaborates with the others to combat waves of ghosts. Working as a team, the players must exorcise the ghosts that show up as the game unfolds.

When a player begins his turn, he will bring a ghost into play and put it on a free spot, and more than a ghost can appear at once. All of the ghosts have unique abilities.

While some of them affect the Taoists and their powers, others make the active player roll the curse die to produce a random effect. Some ghosts even haunt the villager tiles and block the tile’s unique action.

For instance, Taoists can restore a dead’s Taoist life with the cemetery, while the herbalist allows the recovery of spent Tao tokens and others. If you’re seeking a cool collaborative game like Pandemic, then you’d surely love Ghost Stories.

Nemo’s War is a board game for one – four players designed by Chris Taylor. It involves underwater exploration and combat. The title is modeled — both in art and story — after the classic science fiction adventure novel “20,000 Leagues under the Sea” by Jules Verne.

Here’s the premise of Nemo’s War: You set sail in this fascinating electric-powered submarine in the year 1870, where you serve as Captain Nemo. As you travel across the oceans, you’ll combat vessels of all nations.

The game involves going on missions of exploration, science, anti-Imperialism, and War. You’ll search the seas, engage vessels of all nations in battles, face the seas’ hazards bravely, search for mysterious treasures. You’ll also explore and record spectacular wonders and embark on missions around the world to gain knowledge and for vengeance.

This game is suitable for one – four players aged 14 years and above. Games have to run for around one – two hours.

While Saboteur’s premise is a bit slightly different than Pandemic, it’s a fantastic collaborative game you’d love if you want a title similar to a cooperative board game. Designed by Frederic Moyersoen, Saboteur is a mining-themed card game published by Z-Man Games in 2004.

Players are either assigned a “Miner” role or a “Saboteur” role. They’re also provided with a mixed hand of path & action cards. They will take turns in succession to play a card from their hand (or get rid of it) and draw a new one from the pile.

Miners could play a path card to make some progress in building a tunnel from a special card representing the mine start to one of the three unique cards representing potential gold locations.

Only one of these locations is really gold. However, the players don’t get the particular one at the game’s start since they’re positioned face down. In contrast, Saboteurs aim to play path cards that actually thwart such progress — for instance, by forcing them to turn in opposite directions or ending paths.

Both players can play an action card instead that features different effects, including blocking other players from creating paths or unblocking themselves or other players. The game comprises three rounds of play, and each round ends either by reaching the treasure or exhausting action cards.

If you love the game Pandemic but want more of a fantasy element, then you’ll surely enjoy playing Shadows over Camelot. This is an Arthurian theme game.

Players assume the roles of Knights of the Round Table (with the probability of one player taking the part of traitor) and play the game by completing quests.

The game is cooperative in that a joint win or loss is achievable if there isn’t a traitor. In each round, a player has first to suffer the “progression of evil.”

They either reduce their health, add a siege engine to the Camelot attackers, or draw a black card, which makes completing one of the quests harder.

After the progression of evil, the players perform a heroic action, which includes moving to or returning from a quest location, playing a “special white” card, advancing a quest toward victory, accusing a knight of being a traitor, or discarding three identical cards to gain a life point.

Shadows of Camelot will definitely entertain and all who want to play it.

Space Alert is another game similar to Pandemic. It is a cooperative board game in which players take on space explorers’ roles on a mission to explore the galaxy.

The crew is scored on teamwork and how they handle problems that arise during their journey.

Unlike most board games, Space Alert requires players to make decisions and play cards in real-time.

The game has two rounds, the action round and the resolution round. In the action round, the computer announces any threats that appear and each player play cards that let them take any action to respond to the threats.

Each card gives the player permission to do things like move about the ship or perform actions (e.g., fire a laser, power a reactor, etc.).

Then, the gamers finish the resolution round. Here, they settle their actions and decide if they survive the threat or not.

After that, each player calculates their points depending on the number of threats they survived and the damage their ship endured.

Two – five people can play the game, and it only takes about 30 minutes to finish.

Castle Panic is also a fantasy-themed cooperative game and is ideal for anyone in search of board games like Pandemic.

This is a strategy game where players have to work together to defend the castle from monsters.

The game is set-up in circles, which is split into six arcs of four rings. One of three colors — red, blue, or green — represent each.

The game’s object is to kill any monsters coming from the forest before they can damage your castle.

Each player’s turn is to trade, attack, and possibly repair their castle. Monsters are defeated by shooting them with cards from the current player’s hand.

Each card can only attack its color range and class location, for example, a blue archer attack in the blue archer field. Once the monsters get to destroy your castle, that player loses.

This is a great game that can be played with family and suitable for kids from age 10.

Last Night on Earth: The Zombie Game is set in a zombie apocalypse, where players have to do everything they can to survive. Players get to decide which team they want to play as heroes or zombies.

At the beginning of each game, the game board determines the city’s outline, and there are numerous scenarios to play.

The game is divided into two turns: the Zombie and the Hero turn. In the Zombie turn, the Sun track marker is shifted to indicate the number of moves made so far.

The zombie players then draw cards to increase their combined hands of cards to four. They have the option to discard one card per player at this time.

For the hero’s round, each hero character takes a turn separately in any order. The game’s objective is to survive and, at the same time, kill zombies while ensuring the survival of the human race.

The game lasts about 60 – 90 minutes and is a perfect choice for game lovers like Pandemic.

This is yet another wonderful cooperative game. In the game, two – four players assume different adventurers’ roles as they move around a mysterious sinking island searching for hidden treasures.

The players win the game if they can locate all the hidden treasures and safely make it back to their helicopter and take off, or they lose if they don’t.

They are to retrieve four treasures: the crystal of fire, the Ocean chalice, the earth stone, and the statue of the wind.

With different difficulty levels and numerous built-in curveballs, it’s a fun game that will thrill lovers of Pandemic.

The game lasts about thirty minutes from start to finish. It can be played by two – four players, from ages 10 and above.

Zombicide is also a collaborative game like Pandemic. In this game, everyone tries to survive a world taken over by zombies.

The players represent one or more survivors in a zombie apocalypse. The goal is for the players to complete the scenario objects set by their respective mission before zombies flood them. The game board represents a city infested with zombies, with large square tiles laid out according to the chosen mission.

A mission is selected before the game begins. The game board is built according to the chosen mission with game tiles and features (symbols representing cars, doors, and targets). Each player selects one or more survivors to play, and each places his survivors on the starting area of the game board.

A stack of zombie cards, which are used to create zombies, is placed to the game board’s side. The game begins after the group decides who will be the first player. It’s played in round, and each round consists of three “phases.”

During each phase, players can exchange items, move, kill zombies or carry out other tasks to achieve their objective. The game lasts about an hour and can be played with up to six players.

Horrified is another entertaining, collaborative game like Pandemic. Some iconic monsters like The Wolf Man, The Invisible Man, The Bride of Frankenstein, Frankenstein, Dracula, and The Mummy are represented in this game. The game’s objective is to defeat all these monsters.

Each player receives one of the seven heroes and a Perk card at the beginning of the game. The hero badge indicates the number of actions you’re permitted to take in each turn (most have four), your unique special ability, and your starting position on the board. With each Perk card, you get a one-time chance that can be used on any turn.

Each turn consists of a hero phase and a monster phase. You go through these two phases, and then it’s the next player’s turn.

You win the game only when you manage to defeat all the monsters. You lose if the terror level reaches seven or if the monster deck is empty when you have to draw a card.

All the games listed above are fun games like Pandemic to make your game night more enjoyable. Some can be played by young kids, which means it’s suitable for the whole family.

If you’re tired of playing pandemic but want something similar, then the games above should make it easier for you to choose anyone you want.

The layout the goal is to survive, slay zombies and make sure that the human race does not