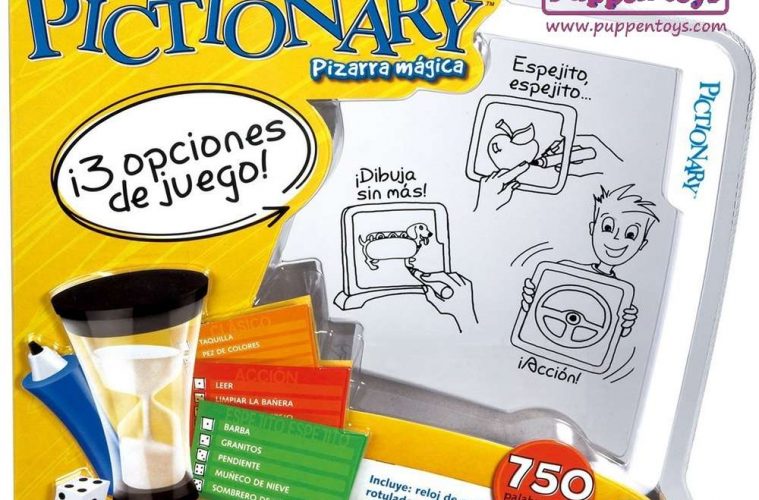 Pictionary is a classic party game that involves communicating in other ways apart from speaking. It’s a charades-inspired word-guessing game, which was invented by Robert Angel in collaboration with graphic design by Gary Everson.

If, for one reason or the other, you’re searching for games like Pictionary, then you’ve come to the right page.

You’ll find lots of excellent options out there that will provide you and your friends/family with great fun, drawing, sculpting, playing, thinking, strategizing, and bonding. 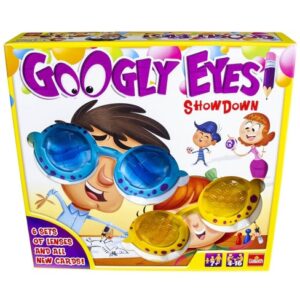 This title is a hilarious family game that poses a challenge to your vision, leaving you “googling” for more! It tasks you to wear the crazy, vision-altering google eye glasses and start drawing as your team strives to guess the object you’re drawing.

Is it a turtle or an igloo? Is it a fortress or a birthday cake? Players will take turns to draw and guess, allowing everyone to have a chance to put on the glasses. Googly Eyes shares many similarities with Pictionary but is slightly harder and a bit crazier?

The game takes 4 to 12 players and has almost the same rules and concept as Pictionary.

Players will group themselves into teams. Then, they’ll draw a card. They’re required to draw what’s on the card for a particular period of time as their teammates guess what it’s.

But what makes Googly Eyes riveting is that the artist has to put on a pair of vision-impairing glasses. This means they won’t be able to tell the item they’re drawing clearly.

Thus, if you feel Pictionary is too easy for you, then it’s time you grabbed a copy of Googly Eyes and introduced it in your family game nights. It’s ideal for players aged seven and above. 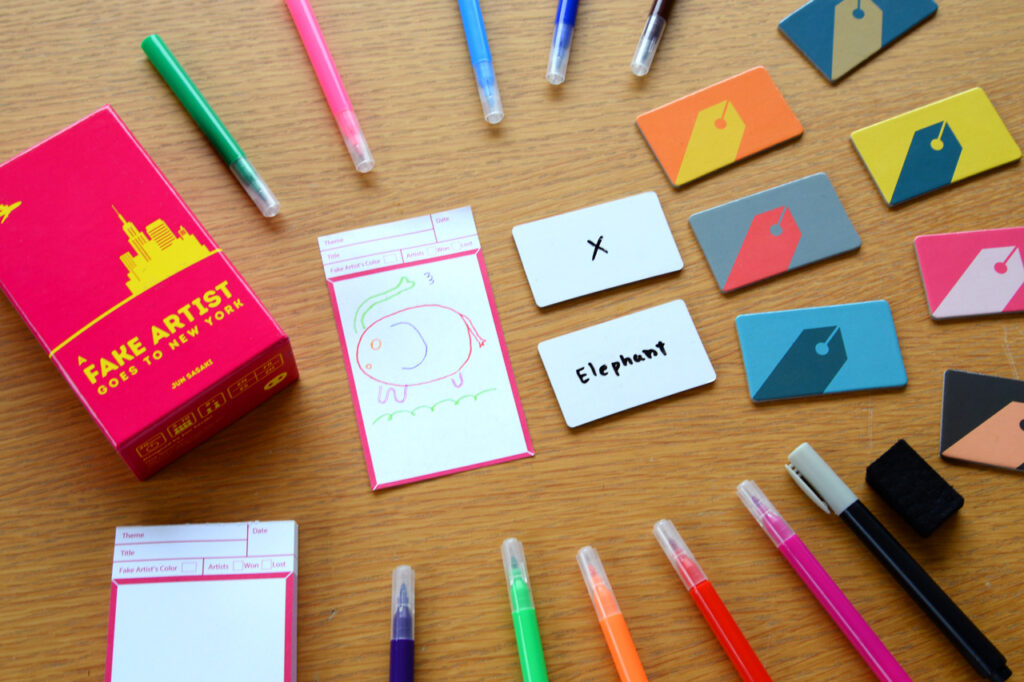 This title is a party game that accommodates 5 to 10 players. In this game, players will take turns to serve as the Question Master. The Question Master’s role is to set a category, write a word on dry erase cards within the category, and give the cards out to other players as artists.

At the same time, a player will have only an “X” written on their card, and he’s the fake artist! Then, players will move around the table twice, where they’ll draw a contiguous stroke each on a paper to draw the word set by the Question Master. After that, they’ll have to guess who the fake artist is.

A Fake Artist Goes to New York is a great board game to try out if you’re seeking a fascinating blend of Pictionary and an amazing social deduction title.

It’s ideal for players of ages eight and above. Beware of choking Hazard and small parts when playing with children. 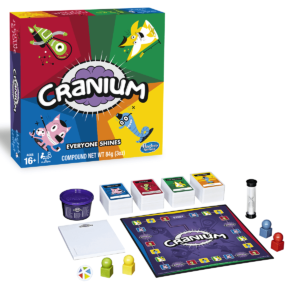 Cranium is a party game that was designed in 1998 by Richard Tait and Whit Alexander. It was published by Cranium, Inc, a Hasbro subsidiary, and described as “The Game for Your Whole Brain.”

Cranium, unlike several other party games, offers various activities. If you’re a fan of Pictionary but are tired of playing it because the only activity you’re tasked with is to draw, Cranium is a more diverse and interactive option.

It incorporates elements from Pictionary and other things like charades, trivia, and lots of others. The board of this game is laid out as a circuit and comprises four equally split colored spaces.

Each of the colors corresponds to a question card category, which players have to pull from on their turn. The purple “Planet Cranium” space provides the team with their choice of category. Red stands for “Fun Facts,” green for “Act & Hum,” blue for “Sketch & Sculpt,” and yellow for “Word Puzzles.”

The game encourages you to make use of the whole brain while playing. It’s always fun and accommodates 4 – 16 players.

It’s a family-friendly game, which will surely encourage creative thinking and critical thinking while also bringing loads of fun. There are four sections in Cranium that players are required to pass through. 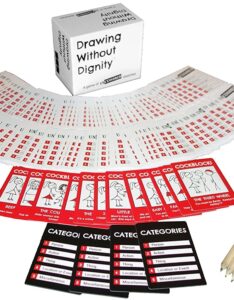 Drawing without Dignity is an excellent option to check out if you’re looking for games like Pictionary that adults can play. It’s an uncensored Pictionary-style party game, where you and your disturbed friends slug it out against each other in a race involving drawing and guessing naughty clues.

There are 670 inappropriate things to draw, which are more than what most deplorably bad persons can cope with. It’s a cool game to play if you want to gain deeper knowledge about your friends and are fed up with playing the less offensive, family-friendly Pictionary.

It’s also a drawing game for adults only, who are over 18 years of age, due to its suggestive positions.

Telestrations is a cool option to try your hands on if you’re seeking the perfect game that blends Pictionary with the classic Telephone game. Telestrations is ideal for game enthusiasts looking for a game like Pictionary but are keen about mixing it up a bit.

In the title, each player will start by sketching a TELESTRATIONS word as dictated by the roll of a die. You’ll probably find that the old-fashioned sand timer limits the allotted time players have to execute their sketch. However, it certainly does not limit players’ creativity!

Once the time is up, all players will simultaneously give their sketch to the next player required to guess what has been drawn.

It’s perfect for four to eight players, and each player gets a dry-erase board and a marker. A game of Telestrations can turn fast and become quite silly — an excellent feature for people seeking a Pictionary-like experience.

The game comes with eight erasable sketchbooks and markers, one die, 2400 words to select from, and a 90-sec sand-timer. It was inspired by Eat Poop You Cat — a public domain game. Other games like Telestrations are Mutabo and Mini-Mutabo.

Overall, Telestrations is an intriguing title to include in your family game nights. 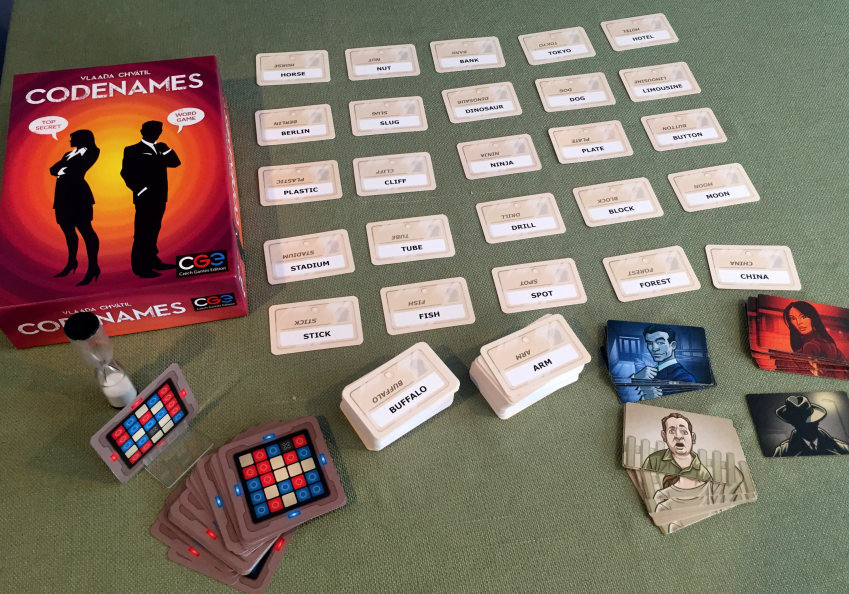 This title is a 2015 card game that was created by Vlaada Chvátil. Published by Czech Games Edition, it’s ideal for four–eight players.

In the game, two teams will compete where each of them will have a “spymaster” give one-word clues, which can point to many words on the board. The other players on the team will try to guess their team’s words and, at the same time, avoid the words of the opposing team.

A spymaster will give clues to the other player (or players) in a variation on Codenames that allows two–three players. The game won the 2016 Spiel des Jahres award for the best board game of the year.

While it doesn’t involve sculpting, drawing, or writing, Codenames is still an exciting, family-friendly game that you can play when you need more exciting board games like Pictionary.

Codenames is an amazing guessing game, which tasks with working together with other players as a team to guess the word leader is trying to say, just like it’s done in Pictionary. 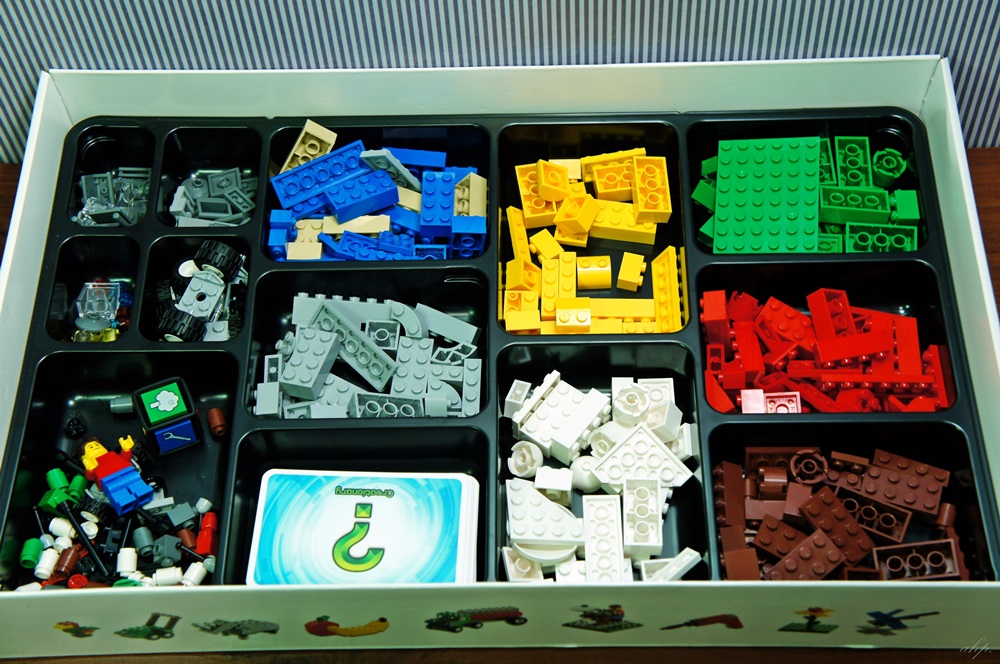 If you’re a fan of Pictionary but also have a soft spot for games involving building things with Legos, then you’ll find Creationary delightful to play! It’s ideal for players seeking fun games like Pictionary but are fed up with drawing all the time.

Creationary, which follows almost the same premise as Pictionary, incorporates constructing Lego sculptures instead of drawing pictures. You’ll be required to roll the LEGO Dice for selecting one of four building categories: buildings, vehicles, things, or nature.

There are three difficulty levels to showcase your building skills, while the other players guess what you’re making. Four different play variations on Creationary exist, all of which involve players working collaboratively against the clock. The gameplay lasts around 30–60 minutes.

To play, 3–8 players will divide into teams, and in each turn, a player from each team picks a card that contains an item they’re required to create. Within the sand timer’s span, the player has to build the structure, and their teammates are required to guess what it’s before the other team does. 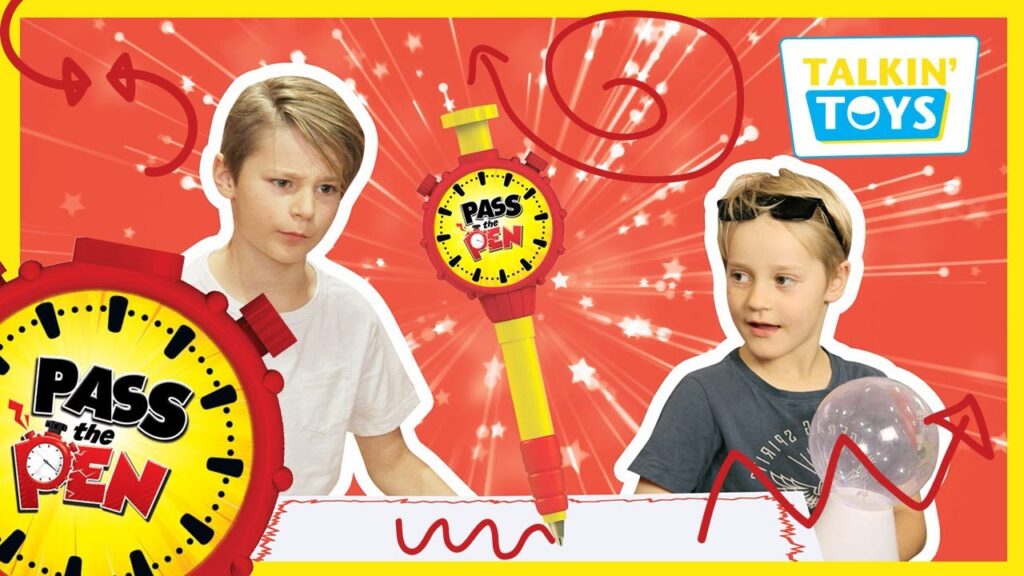 The object of Pass the Pen is to be the player that earns the highest points after ten rounds. Its components include a die, a Pen Timer, 104 Cards containing 520 Challenges, a Drawing Pad, and the Instructions.

The setup is easy and involves turning the red dial atop the Pen Timer to 10 seconds. If you’re playing the game with younger players, you can turn the dial to 15secs to enable additional drawing time.

The oldest player is the person that opens play by picking a card from the deck and then rolling the die. He or she has to draw the challenge on the card that matches the color rolled on the die.

If a question mark got rolled, he or she could decide to draw any of the challenges on the card. For the duration of the round, the die has to remain on the table in front of that player to allow everyone to remember that he or she started the round.

Before drawing, the artist has to tap the yellow button atop the pen to start the timer and exposing the pen tip fully. He or she is given only 10secs to draw until the pen’s tip retracts completely.

Other players will attempt to guess what the artist is drawing to earn points. Each player is only allowed to give one answer within each 10-sec interval.

The game comes to an end after ten cards have been played, and any player that earns the highest points at the end wins the game.

Accommodating three–six players, it’s a fascinating and fast-paced drawing game, which will definitely delight you when you need to play a board game like Pictionary! 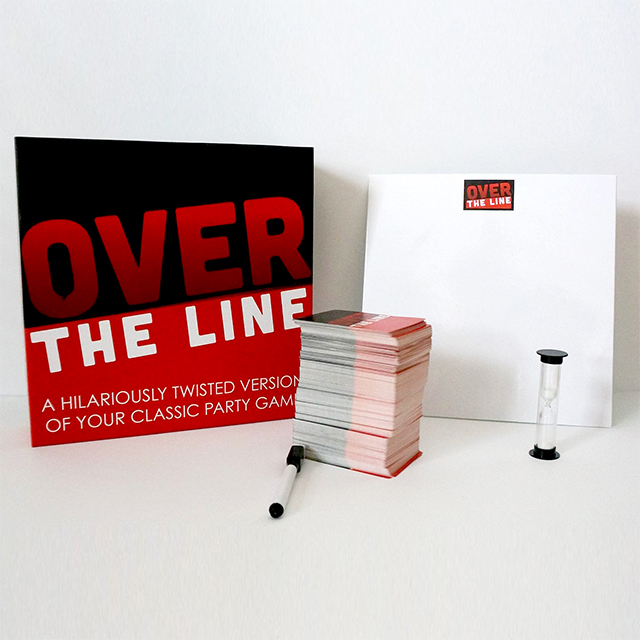 Do you find the traditional Pictionary a bit too tame and Drawing without Dignity a bit too limiting? If so, you can give Over The Line a try.

It’s an adults-only game with exciting similarities to Cards Against Humanity. Like CAH, Over The Line features some offensive and inappropriate cards to select from.

It blends elements of Charades with Pictionary to offer you a hilarious and raucous gaming experience.

The title involves picking a card, drawing/acting a card, or guessing a card. Over the Line is a hilariously twisted variation on your classic party game. It features a dry erase board, a marker, and a timer.

If you’re keen about exploring another creative outlet while enjoying a game like Pictionary, we recommend you check out Rapidough.

It’s a riveting game that’s said to take 4–99 players. The title shares many similarities with Pictionary other than the fact that players must sculpt things out of a dough instead of drawing them on a pad.

All in all, it’s an exciting game for the whole family, which is perfect for adding a sculpting twist onto Pictionary.

Outlined above are the features of 10 games like Pictionary. Pick any of these titles to enjoy an alternative — yet enthralling — gaming experience if you’re tired of playing Pictionary.