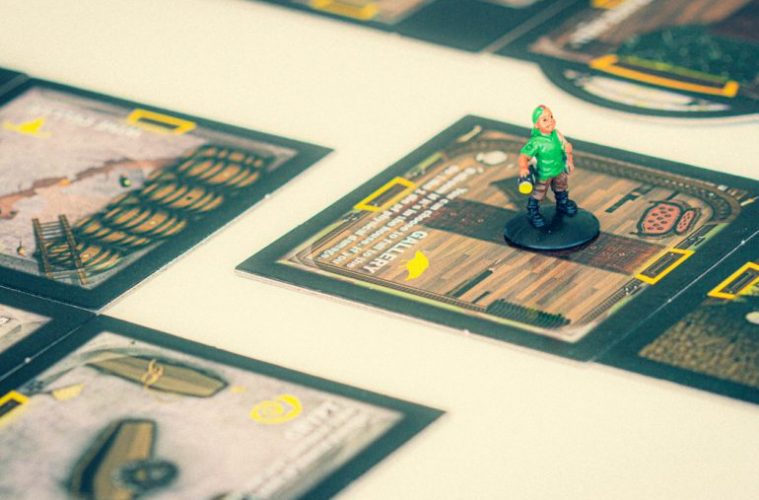 Betrayal at House on the Hill is a well-known game loved by lots of people. It’s engaging, interactive, and keep all players on their toes.

Players take on the roles and exploring the spooky House — what’s not to love? While exploring the houses, you turn over tiles to find omens. Once you have sufficient omens, the haunting begins.

This game is what we call a “one versus many” semi-cooperative game. In the middle of the game — when the haunting begins — the game is turned on its head.

In Betrayal at House on the Hill, all the players work collectively, going from one room to another in a haunted house until a player betrays the others. The traitor’s identity isn’t known; neither does the traitor himself!

All the players must work together to devise a strategy that will get them out of the House alive and betray the traitor.

If you’ve frequently played this game, or want to add another option with similar attributes to your collection, then these 10 great games like Betrayal at House on the Hill are perfect for you!

Top Games like Betrayal at House on the Hill

If you enjoy Betrayal at House on the Hill, you’ll surely love Arkham Horror. This is a cooperative game based on HP Lovecraft’s Cthulu Mythos.

The game was set in Arkham’s fictional town in Massachusetts in 1926. Streets, buildings, and outdoor areas are represented. Some aliens lurk in the shadow and threaten to break into human life.

Players assume the role of investigators, which is represented by character cards. Every investigator has different attributes and cards, indicating spells, items, and other things.

The investigators travel through the city, avoiding or fighting the monsters that enter through the gates, visiting places in the city to acquire tools, and finally entering the gates.

It’s up to the players to prevent the monsters from invading human lives. However, you can undoubtedly expect treachery amongst you during the game!

Do you enjoy Betrayal’s fantasy element at House on the Hill and you’re looking for something similar? Arkham Horror is the perfect fun and spooky game that will definitely delight you.

Another cooperative game like Betrayal at House on the Hill is Betrayal at Baldur’s Gate. This is a delightful game packed with lots of fun and is ideal for those looking similar.

The game is set in an eerie medieval town, where evil spirits are making their mischief. Its objective is to defeat these spirits by working together with your game mates, but similar to House on the Hill, there will be a devastating betrayal.

Players choose from 12 created adventurers, all beginning on the Elfsong Tavern tile, to play the game. Each player alternatively draws tiles from the two city levels as they explore the city.

If the tile shows an event, item, or omen symbol, they stop their movement and draw and resolve the matching card.

This title is a meta-cooperative board game similar to Betrayal at House on the Hill. The game set of Dead of Winter is in a post-apocalyptic colony infested with zombies. Players represent faction leaders who have to work collectively to ensure the colony’s survival from a lack of resources and an influx of zombies. Furthermore, each player has secret victory conditions they must accomplish to be victorious.

The game is played alternatively in which players use dice to have their survivors perform actions. These actions can involve scouring locations for supplies (food, weapons, medicine, fuel, or new survivors), attacking other survivors or zombies, building barricades, and clean up trash.

It can be played by two – five players from ages 12 upward. There are numerous challenges encountered during the game and scenarios that add to its esthetics, making it the ideal option for those who generally enjoy cooperative games.

If you enjoy the fantasy element in Betrayal at House on the Hill, then you’ll surely love Mansions of Madness. The game requires one – five players and takes about two – three hours to finish the game

The app serves as the keeper (that is, it’s responsible for the game’s monsters and events, randomizing the map, extending the gameplay). At the same time, the other players act as investigators who solve the mystery.

Each player selects a storyline and assembles the map correspondingly at the onset of the game. The keeper refers to the rulebook to decide the story and set clues and traps over the game board. Once set up is done, each player starts at the chosen starting point.

Each player must work together to prevent monsters from within the story, with the possibility of a betrayal occurring at some point during the game!

This is another game like Betrayal at House on the Hill but with a vampire-based theme that you’ll love playing.

It is designed for two – four players and can last about one to three hours.

The game was set in Europe in 1898. One player assumes Count Dracula’s role, who seeks revenge by forming an army of vampires throughout Europe.

The remaining players take the roles of the hunters Abraham Van Helsing, Dr. John Seward, and Lord Godalming. The hunters follow the clues left by Dracula and team up to destroy Dracula before he succeeds.

The goal is to defeat Dracula before he gets the chance to kill every last player. The game is quite fun and straightforward.

Above all, if you enjoyed playing Betrayal at House on the Hill and need something a bit different, you’ll definitely find Fury of Dracula fascinating.

Letters from Whitechapel is a Jack the Ripper-themed board game. This is another collaborative game like Betrayal at House on the Hill.

The game is based in Whitechapel, London, in 1888. The Letter from Whitechapel’s objective is to investigate and catch the infamous Jack the Ripper before he murders five people.

So you won’t be disappointed with this game, as it is fantasy-filled, entertaining, and fun to play.

The next title is Clue, which is also known as Cluedo. This is a board game similar to Betrayal at House on the Hill. It’s a murder-mystery game that can be played by five players from the ages eight upward.

The game’s objective is to find out who murdered the victim of the game, the crime’s location, and what weapon was used.

The players each take on one of the six suspects’ roles and tries to determine the right answer by tactically moving around a game board used to represent the mansion’s rooms and gathering clues on the circumstances surrounding the homicide from the remaining players.

Once a player enters a room, they can suggest the details by naming a suspect, the room they’re in, and the weapon of choice.

Any suggestion the player make must include the room he/she is in. The tokens assigned for the suggested suspect and weapon are moved immediately into that room if they aren’t there already.

As in Betrayal at House on the Hill, one of the players betrays the others. However, you won’t know who the betrayer is until much later. Clue is a fantastic game for anyone searching for something more family-friendly that is suitable for all ages.

Gloom is a hilarious game about spreading Gloom among the family you’re given control of while playing. Two to four players can attempt this game, each player who controls an eccentric family.

The game’s objective is to lower your own family’s self-esteem points with cards causing negative events and eventually kill them. Simultaneously, the opposing family members gain positive points.

Once a family is completely wiped out, the player having the lowest family value wins the game.

The player each takes control of a family of four – five characters. By picking cards from the main deck, they can either bring misfortune to their own family or cheer up their opponents’ families.

But what really makes Gloom is the shared story you tell as a player. Each card has a fun title, and you can generate an entire mythos behind your characters and their relationships with each other. You create these stories that aren’t just darkly funny but also extremely memorable.

Above all, though, Gloom is the right choice if you need a game like Betrayal at House on the Hill to play.

This is a collaboration game based on H.P. Lovecraft’s Cthulhu Mythos and Call of Cthulhu roleplaying game. In this game, players randomly pick a monster to face (that is the ancient one).

As evil persists, the Doom track also advances, which brings the Ancient One nearer to awakening. The clock is inexorably rising, shortening the time available until the great beyond horror emerges.

Every time midnight strikes, the possibility of the Ancient One’s power spilling into the world is higher. Monsters may appear, and the trail of doom may continue.

You require a certain number of elders to imprison or seal the Ancient just as you equally need a specific amount of doom token to free an Ancient One. Also, there are some other, less powerful monsters that may appear in the game’s course.

The players alternately explore the randomly generated room. If a player completes all the tasks in the room he/she is exploring, then that player receives a reward. Then again, If he fails, he gets a penalty.

Should the player’s investigator be consumed, he/she loses their original stats, a doom tile is added to the doom bar. That player returns to the game as a different investigator.

Elder sign is an exciting game that can be played by one-eight players. This game’s many challenges make it fun and perfect for anyone searching for a game similar to Betrayal at House on the Hill.

Finally, on this list of games like Betrayal at House on the Hill is Above and Below. It begins with exploring an area then moves on to doing something about it.

The game is a mixture of city-building and storytelling, where players compete to construct the very best village above and below ground.

You’ll send your villagers to complete tasks such as cave exploring, building houses, and harvesting resources in the game.

Each villager is endowed with unique abilities and skills, and you have to decide the best way to use them.

This game is very entertaining and not too challenging to play. Using character and the city’s disclosure is similar to a game like Betrayal at House on the Hill.

Two – four players can participate in the game, and it’s suitable for kids from ages 10 upward.

There are many games like Betrayal at House on the Hill, so finding one to play with your friends shouldn’t be difficult. All these titles offer lots of fun to keep you entertained during your game night, and they’re collaborative in nature, making them ideal for a group of friends. The only challenge here will be determining which one to choose or play first.