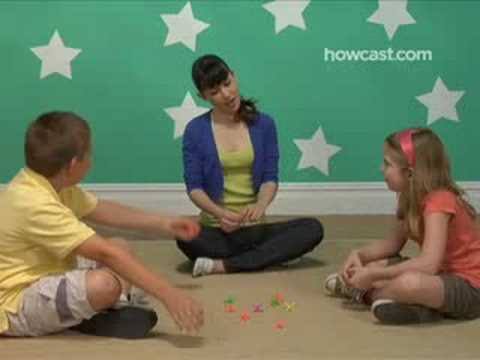 How to Play Jacks — Rules and Instructions

Learning how to play Jacks can be fun when you get tips from the right source; this highly informative post offers all you need to know to get started.

Jacks is a well-known children’s game. Pretty much everyone played it in their childhood. The game has been around for some time now and is relatively straightforward to master, making it an excellent choice for novices.

To play, what you need is good hand-eye coordination and time management. With this skillset in your locker, you’re set to become the winner.

If you don’t know what the game is all about or you’ve forgotten the rules, here’s how to play Jacks.

The game’s goal is to toss a ball into the air, collect a particular number of jacks, after which you must catch the ball when it bounces once. The number of jacks picked up varies according to the round.

Requirement of the Game

All you need is a smooth surface, ten jacks, and one bouncy ball.

Setting up this game is very easy as it maximizes the amount of jacks fun that children can have in a restricted recess.

Have everyone sit in a circle and position the jacks in between the players. You can put as many as you want, and you’re good to go.

The rules of this game are pretty simple. Players alternate between bouncing a ball and picking up jacks while the ball is still in the air and catching it before it bounces again.

The first player starts the game by throwing all ten jacks on the playing surface. In the first round, the player will need to pick up one jack with each ball toss.

To advance to the following round, players must collect ten jacks. The number of rounds determines how many jacks get picked up at a time.

If you’re in the first round, each player has to pick one jack at a time as the ball bounces once. You do this until you’ve all successfully collected the ten jacks.

In the second round, players must pick up two jacks with each ball toss. If a player successfully collects all ten jacks, which is two at a time, they advance to the third round.

Each player will collect three jacks in the third round with each ball toss, save for the final toss. Only one jack will remain for the last throw, so the player only needs to take that last one to complete the third round.

The Players keep playing each round until they cannot collect the assigned number of jacks before the ball bounces twice. After which, it becomes the next player’s turn.

Any player who cannot complete their turn loses one round when it is their turn or is eliminated from the game if they are on the first round.

Since there are ten jacks, the final round demands players to collect ten jacks with a single bounce.

How to Score in Jacks

To help you understand the game better, we’ve given a guide detailing which jacks you’ll need for each round following the first two.

The first two should go without saying.

The player who picks ten jacks in a bounce wins the game.

You must play consecutively from one to ten without missing.

If you miss, you must restart from one.

You must pick the jacks from one to ten without letting the ball bounce.

Here you’ve to pick the jacks and the ball once it bounces twice.

Cherries in a basket

Cup one of your hands and use the other hand to throw the ball. Afterwards, put all the jacks in that cupped palm in order from one to 10.

Pigs in a Pen

Put your hand on the ground, slightly cupped, with the side of your palm resting on the floor.

Then, using the opposite hand, throw the ball and slide the jacks into the “pig pen” numbers one through ten.

Straighten your hand and place it on the floor, then put the jack on the other side of the “fence” from one to 10.

Once you’ve tossed the ball, you must create a circle around the ball in the air before it bounces – one-ten.

Change the hand with which you generally toss the ball.

Are there any variations on the Jacks game rules that may be used with a Jacks set?

This article covers the most popular game you can play with Jacks and the one you might know due to its simplicity.

There are additional rules that you can make use of to modify the game, such as allowing the ball to bounce twice depending on the player’s age.

Can Jacks be played as a solo game?

Yes, Jacks is unquestionably a solo game and is an excellent way to keep oneself engaged by adhering to the same set of rules jack uses.

Jack is an easy game to play. It also has no age limit, which means you can use it to entertain your children. The title is hilarious, and you can play as many times as you want.