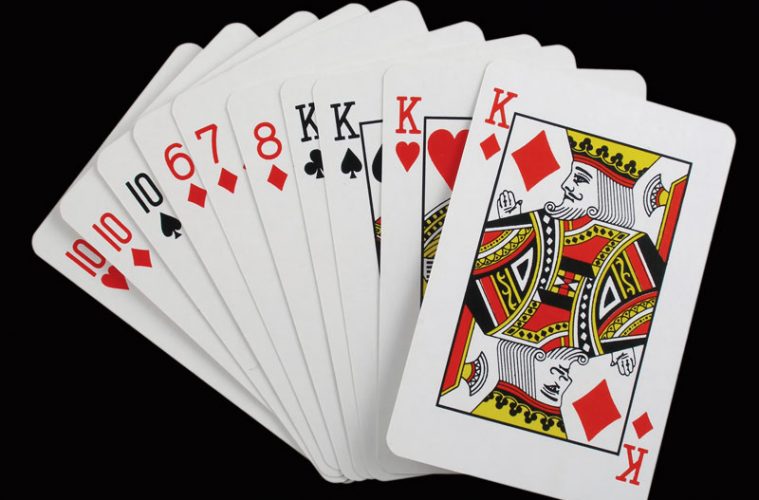 Hand, Knee, and Foot — also called Triple Play — is a points-based game, which is ideal for seasoned players of card games. If you feel the card games you play have become too easy, and you’re seeking a new challenge, Triple Play is perfect for testing your mettle.

Triple Play, like Hand and Foot, provides each player with additional hands of cards they’re required to play through before they can go out. While the latter game tasks you to play out your hand and an additional hand, in Triple Play card game, you must eliminate two extra hands, or three in total.

Thus, in a game of Triple Play, you effectively have a 39-card hand. It’s a variation on Canasta for 4 players collaborating as teams, but the game is designed to be more complicated.

What Exactly Is Hand, Knee, and Foot Card Game All about?

The number of players required to play is 8 in 4 teams of pairs.

Furthermore, the game is suitable for people of all ages. However, younger players could find it tricky to grasp.

Additionally, unlike most other card games, the scoring of Triple Play is more complicated. This means its level of difficulty is hard, and it does require some patience to master.

The object of the card game is to earn more points than the other teams (of opposing players) within four hands. You can score points by creating melds of between 3–7 cards.

The Hand, Knee, and Foot card game is cool because it can be deceptively complicated, making it challenging in a fun way. If you have many decks lying around, Triple Play is the ideal game for you.

Having gathered enough players (to form the required number of teams), a huge pile of cards is the only thing you’ll need to start playing.

A game of Hand, Knee, and Foot requires about 324 cards, which gives 6 standard decks. If you haven’t gathered these already, then you can purchase an option from Brybelly as a cost-effective bulk. Ensure you have also got a pen and paper handy or app on your smartphone to record scores.

How to Do the Setup

Start by determining partnerships, either by mutual agreement or some kind of random draw. Partners will sit on opposite sides of the table. This kind of arrangement ensures that players of alternate teams play as the turn moves clockwise around the table.

Shuffle the cards with the multiple-deck shuffling technique and then deal a 15-card hand to each player. After that, deal out a 13-card knee pile to each player, followed by an 11-card foot pile.

Players are allowed to look at their hands (if they like), but can’t look at the knee and foot piles. The foot piles are stacked face down in a neat manner in front of each player, with the knee pile placed at the top at right angles.

The undealt cards left are put at the center of the table to form the stock. The top card in this stock is turned face-up and positioned next to the stock. This is called the upcard, which is the top card of the discard pile.

Outlined below are the scores and special properties of all the cards in the Triple play card game:

Apart from the colors of the 3s, suits don’t matter, and the two jokers are also equal.

By following these guidelines, you can gain familiarity with the Hand, Knee, and Foot game rules and scoring. This game is ideal for testing your card-playing prowess.

Rules of Rummy 500: Instructions to Help You Win

How to Play Conquian Rules and Gameplay Instructions

How to Play Tarneeb – Rules and Basic Explained!