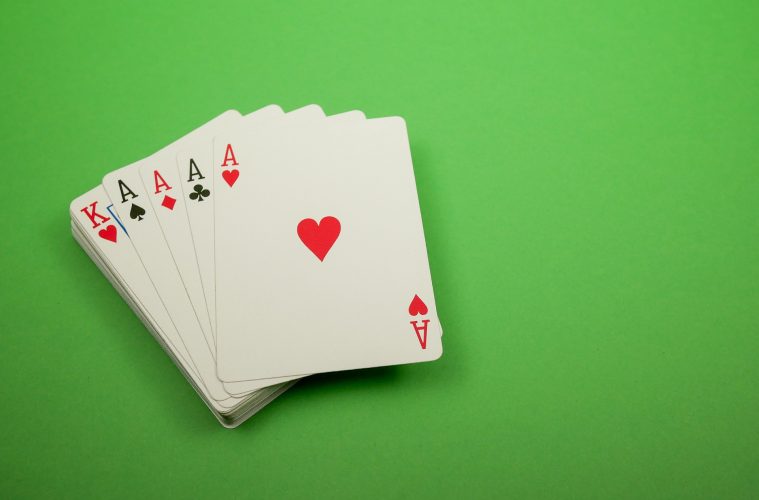 While the rules of Gin Rummy are simple, its strategy could be complex. People use several different approaches to play this game.

Ace players aim to get a balance between offensive and defensive strategies. This is one reason why they’re always seeking means to adapt to their opponent’s playing technique.

However, if you’re looking to do some competitive play instead of your usual friendly routine, it’s important to know effective Gin Rummy strategy to consistently defeat your opponents.

However to take your game to a higher level, the first step is to ensure you learn ways to play Gin Rummy’s standard version. A good place to start is to check the fundamental rules of this game.

1. Be the First to Knock

Only a few hands end with a player rounding off all his melds. It’s considerably more likely that a player will knock to finish a hand.

Therefore, it’s an excellent idea to knock first, most especially if there are fewer than 15 cards left in the draw pile.

Eventually, you can often outdo your opponent by early and frequent knocking, regardless of you getting caught now and then.

2. Keep an Eye on the Discard Pile

There’s a lot that you can learn by observing the interactions of your opponent with the discard pile.

His discards, and the cards he takes, perfectly indicate which merges he’s aiming at and also how close he’s to getting out.

As a general directive, the discard pile only was drawn from to complete or supplement a meld instead of forming a combination (two cards that’d make a meld in the future).

Skilled players won’t ever draw a card from the discard pile except it finishes a meld, but inexperienced players do.

If your opponent is a weaker player, avoid throwing cards that are of the same ranks, or that successively correspond to the cards he takes up.

Early in the game, good players like to discard high cards. So if you spot any late discarding of a top card, then the player has likely changed strategies and is about to gin or to knock.

3. Never Draw to an Inside Straight

Just like in poker, it’s usually not a good idea to attempt to draw the card that perfects an inside straight.

It’s a much better alternative to stick with two consecutive cards of the same suit. This way, you double your chances of completing the meld.

The only time it’s worthwhile to stick to one-time cards in the suit is at the beginning of the game.

If you begin the game with 4 (or more) unmatched ten-point cards in hand, immediately start discarding them, notwithstanding the possible combination chances.

Many players that only know the basic Gin Rummy strategy will discard their high cards early in the first few rounds of each hand.

If you play in opposition to such a person, and you have dealt a high pair, you might want to try preserving them for the first 4/5 rounds before discarding them.

Conversely, if your opponent is very good at Gin Rummy, don’t be tempted to discard high unmatched cards early in the game. Otherwise, you might be falling into a trap.

These middle cards give you the most opportunities to merge three or four cards. They are also so low that it’s not as expensive to get caught with them in your hand as it is to keep higher value cards.

7 is the handiest card in this game, which works in more combinations as opposed to any other card. The Ace and King are the least helpful cards.

This is also one of the 9 Gin Rummy strategies that work.

Card triangles are any of the 2 successive suited cards, with an added card ranking the same as one of them.

For example, if you have a heart 7 & 8 of hearts, and you have a diamond 7 this is a triangle of card. Card triangles offer you four options for melding.

7. Get the Card You Need from Your Opponent

There are many methods that you can utilize to get your opponent to discard precisely the card you need.

The best trick is to discard a card of identical rank but of a separate suit than the card you want.

For example, if you want a hearts of 9, discard a spade of 9, and if your opponent has the hearts of 9, there’s a good chance that you’ll see it thrown away in the next round.

Use this trick against someone you anticipate will know it, by not placing a card of the same rank to your opponent’s earlier discard.

8. An Undercut Is Better than Getting Ginned

When faced with the option of whether your knocking will risk undercutting or if you discard a card that will give your opponent gin, knock. Your opponent is likely to gin than undercut, and the gin loss is much more than the loss in undercutting.

Never forget that Gin Rummy is a long-lasting game. Don’t be labeled as someone who only plays one way. Keep your opposing player guessing.

If you get the opportunity to knock, do it quickly and don’t try to work towards a lower knock or gin. Any delay provides your opponent the chance to knock first.

Mastering the Gin Rummy strategy can take a lifetime, but work on these nine tips, and your game will be better!

How to Play Tarneeb Game Rules