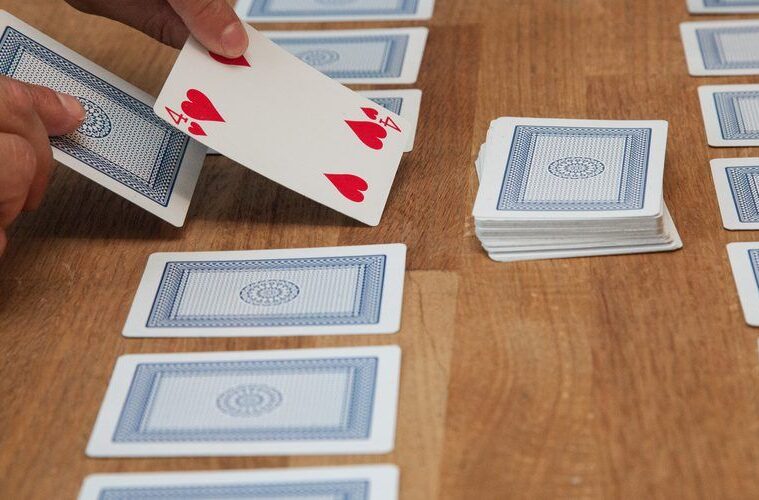 Playing Garbage, or Trash as it’s more commonly known, is a popular card game for children and families.

Its origins are unknown, and we don’t know much about how it was created.

However, we know it’s played cause it’s fun. Garbage is a simple sequence card game, and the goal is to collect as many cards as possible.

An Ace to 10 sequences must be built by the first player.

It doesn’t mean the game is over, though. It simply moves it to the next stage. It’s getting easier to put together each round.

A participant has to be the first to complete this final sequence with just one card to win the game.

The rules and gameplay will be discussed in greater detail below.

However, before we get into how to play the Garbage card game, let’s look at what we need.

While there are a few exceptions, we prefer to stick to the guidelines outlined below:

Any deck of cards will do. Only buy enough decks to accommodate the number of participants.

Afterward, each player receives 10 cards from the deck, which has been shuffled.

There should be a clockwise progression of cards dealt from one dealer’s immediate right to the next in the group.

It’s a race to see who can collect the most cards. When you’re done, all of the cards should be face-up.

After receiving their cards, players have the option of arranging them in one of two ways:

The layout of the cards is pretty much important because the game’s goal is to line them up sequentially.

So starting the Ace and working down The relevance of this will be explained later.

As a deck, the remaining cards should be placed face down in the center.

The term “trash pile” refers to this.

How to Play Garbage

The dealer is the first one to pick a card from the deck.

Then, they place the card in the appropriate place if it’s an Ace or a numbered card.

At this point, the 10 cards with each player become relevant.

First, replace the current card facing down with whichever card you draw from the deck.

Then, turn the card facing upwards.

If this card is suitable for placement, you should repeat the procedure with the following face-down card.

This procedure is repeated until you come across a card that cannot be laid down.

For example, this could be an already-placed numbered card or a Queen or King card.

This concludes your turn, and the game advances to the next player. Any unusable cards should be discarded in the center.

For example, the discard pile or the deck might be used to draw the initial card for the following participant.

Immediately following a player’s initial sequence, the current round is over for all participants.

The dealer reshuffles the cards.

However, Ace to 9 sequences will be shortened for the person who won the first round.

Ace to 10 sequences will still need to be completed by the rest of the players.

However, each time a sequence is finished, the time it takes to achieve it decreases by a factor of 1.

A single card, an Ace (or a Jack, as they are wild), is all that is needed to complete a sequence.

Garbage’s initial rounds are sure to fly by.

However, if the sequences become shorter, players may likely take longer to locate the necessary cards.

If the deck runs out of cards at any point, the discard pile should be thoroughly mixed and utilized to create a new one.

The wildcards in this game are Kings and Joker.

Any face-down card in the layout can be replaced with a wildcard.

As long as the player has revealed the correct wildcard, the King or Joker can be utilized as a replacement.

The wild card can then be relocated to a new position.

If a participant’s last card is no longer usable, the game moves to the next person, drawing a new card.

After the previous player discards, the following person can take that discard pile card or draw from the trash pile.

If the top discarded card matches a spot in their own arrangement, this is a wonderful option.

Player two takes their turn after drawing a card, and it concludes the same manner as player one did.

In order for a participant to win, all of the cards must be face up and arranged from aces to tens, with any Kings or Jokers acting as wildcards.

The player has won the round at this time.

After that, it’s the turn of the other players to try to complete their plans.

The cards are reshuffled and dealt afresh in the next round.

Thus, in each round, one less card is dealt to the winner of the previous match and the player who could finish their arrangement on the next turn.

For example, if this is the second round, and the first layout of ten was just cleared, the round winner would be dealt nine cards rather than ten.

Thus, layers 2 through 4 receive the same number of cards they received in round 1 as in layer 5.

It’s a little easier for the player to clean their layout if they are dealt one fewer card.

They will now only need to go from Ace to nine instead of Ace to ten.

Until a player is down to a single card in a layout, the game continues in this manner.

Finally, a player is able to clear their deck of cards with an Ace or wildcard when they are down to their last card.

In order to ensure fair play, garbage card game rules and variations might be utilized.

Garbage can be regulated in a variety of ways, including:

When all of a participant’s cards have been flipped, the other players are given an extra turn.

A player loses one card in the following round if they can flip all of their cards in that extra turn.

Wildcards can be repositioned.

The winner of the round plays first in the next round.

To shorten the game, participants can agree to play according to a different arrangement than the one on the card.

For instance, the winner may be determined by who is the first to reach a six-card configuration.

What Is the Purpose of the Garbage Card Game for Preschoolers?

This game is all about counting.

Children gain a better grasp of number placement and begin to remember them for their intrinsic value, rather than just the order in which they appear.

A great way to introduce young children to the fundamentals of mathematics is through this game.

Children can benefit from playing card games in general.

During such a recreation, they may practice following rules, taking their turn, and being competitive in an appropriate manner.

Also, it can assist boost their self-confidence and teach them how to plan ahead of time.

Card games also help youngsters learn how to deal with defeat and triumph.

Kids who can recognize numbers will have a blast playing garbage. It’s also a terrific method to pass the time for adults.

Playing this game is a lot of fun because it is adaptable to a wide range of group sizes.

Everyone has a chance to win, catch up, or sweep the board in this many rounds.

We sincerely hope that the garbage card game’s rules and instructions have been beneficial to you.

How to Play Go-Fish, Rules and Instructions