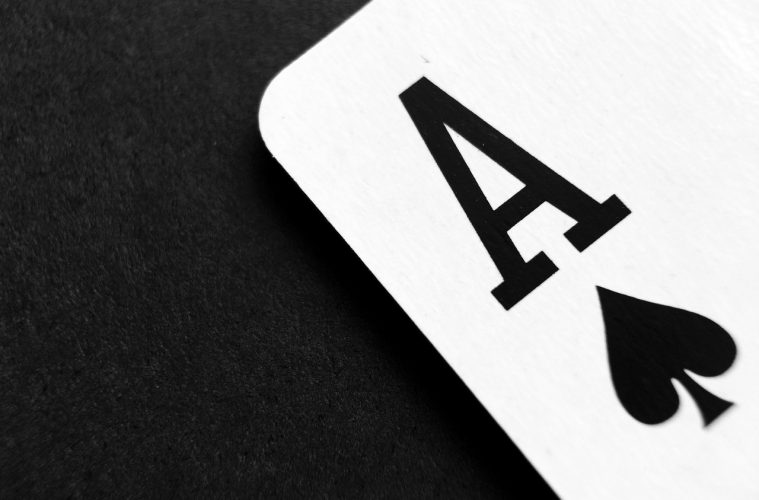 Chase the Ace goes by different names: Some people call it Cuckoo, while others prefer to refer to it as Ranter Go Round.

Whichever of these names you prefer, an undeniable fact is that it’s a classic card game, which is easy to play and offers you a cool way to have an exciting time with friends.

5 or more players can take part in Chase the Ace, and one of the tips to come out victorious is by avoiding the low card in each round. Let’s explore some tips on how to play Chase the Ace and the rules of the game.

Just What Exactly Is Chase the Ace?

It is a simple game that works best when played in a multiplayer setting, where each player ensures they don’t have the card with lowest rank at the end of each round in a bid to remain in the game.

It’s a simple game, which is fun to keep your kids entertained on a rainy afternoon or at any other time of the day. Also, it’s a good way to spice things up on poker night.

It can take 5 or more players, and these can be of any age.

The object of this game is to avoid being stuck up with the lowest-ranking card when each round comes to an end. In Chase the Ace, the kings are high, while aces are low.

What You Need to Play Chase the Ace

How to Play Chase the Ace

Setting up this game couldn’t be simpler.

In the following steps, we’ll walk you through how to play it:

Take out the jokers from the deck. Then, shuffle the cards and cut them.

Each player around the table will draw a single card from the deck. Keep the remaining cards on one side. (That serves as the stockpile.)

Assign 3 tokens to each player.

Whoever gets the highest card becomes the dealer.

In standard games, the same player will remain the dealer throughout the whole game. But if you want, you can select a new dealer using the same process after each round.

In any case, the first job of the dealer is to give 3 tokens and 1 card to each player.

Each player will now look at their card to see whether they want to keep it or not.

The player that’s by the left of the dealer will then say “stand” if they decide to keep their card or “change” if they choose to discard it.

If the player prefers to exchange the card, they’ll pass it face down to the player by their left.

That player has to exchange cards with the player that decides to change unless they’re holding a king.

If they‘ve a king, they’ll lay down the king face up and show it to the remaining players as proof. When you’ve the king, you’re immune for that round.

If this occurs, you’ve to move onto the next player by your left and then exchange your card for theirs.

In this game, the big gamble happens when exchanging a card. You always face the risk of changing for a lower-ranking card unless you’re changing an ace.

When the exchange has been done, the player that was forced to trade takes a look at their card. Then, they make up their mind if they’d like to stand or change with the player by their left.

Play goes on in that manner until it returns to the dealer.

If the dealer decides to change cards, they’ll put theirs at the bottom of the deck, after which they’re to draw the top card.

How to Score the Game

As soon as play has gone back to the dealer, every player will lay down their card face up for all to check.

The player that has the lowest card will put one of their counters into a pot.

Also, if the lowest card comes from more than one player, each player that has the low card must put a counter into the pot.

The cards are gathered to be added to the bottom of the deck. Then, the dealer will deal a new card to each player.

Once any player loses all the 3 counters with them, they’ll be eliminated from the game.

The game continues until the counters are gone, and the player in the end that has the remaining counter becomes the winner.

Rules of Chase the Ace

An Alternative Version of the Game

While the term, “Chase the Ace”, is typically used in reference to the game discussed in this post, you might come across some people that use the name for another version of the game, called Old Maid.

In this variant, the object is for each player to discard as many of their cards as possible. While there’s a definite loser, we won’t have just one winner, unlike in the majority of card games.

Once all the cards have been dealt, each player will take turns to give their hand face-down to the player to their left.

Then, that player will take a single card and determine if it makes a pair with any of the cards they’re holding in their hand. If it does, they can then get rid of the cards, after which they’ll give their hand to the next player.

If a player can make pairs with all their cards successfully and get rid of them, they won’t be eliminated from the game until the next round.

Where the twist happens is in the fact that, when the game starts, it’s either the ace of clubs will be discarded, or a single joker gets added.

This will result in an uneven number of cards, which implies you need a minimum of one card in the deck that can’t be matched.

Any player that’s left with an unmatchable card will eventually lose the game.

As this version works excellently with 2 players, it’s a nice way for playing Chase the Ace when you’ve smaller groups.

FAQs about Chase the Ace

Can the card game be played with less than five players?

Yes, it’s possible technically. However, it won’t be as much fun, since the whole game will finish much faster.

While you may arguably play it with 3 or 4 players, there’ll be a change in the dynamic.

Unfortunately, it’s virtually impossible for only 2 players to engage in Chase the Ace since all you both will be doing is just to slide the same card back and forth.

Fortunately, the version of this game, which is known as Old Maid, works great with 2 players.

Why do people love the game?

Chase the Ace is so easy to play, unlike other games like poker, which beginners could find slightly complicated.

Also, due to its unpredictable nature, no 2 games can ever be the same. This makes it even more exciting!

Can it be played as a drinking game?

Of course. Just replace the counters with shots and make the person holding the lowest-ranking card have a shot instead.

They’ll be eliminated from the game after downing all 3 shots.

Are players allowed to check their card before they decide to exchange?

Yes. Each player is allowed to take a look at their card before they choose how to play Chase the Ace.

Concluding this guide on how to play Chase the Ace card game, consider practicing as often as possible to become a pro in this activity and defeat your opponents consistently.

How to Play Spoons Card Game Rules and Instructions