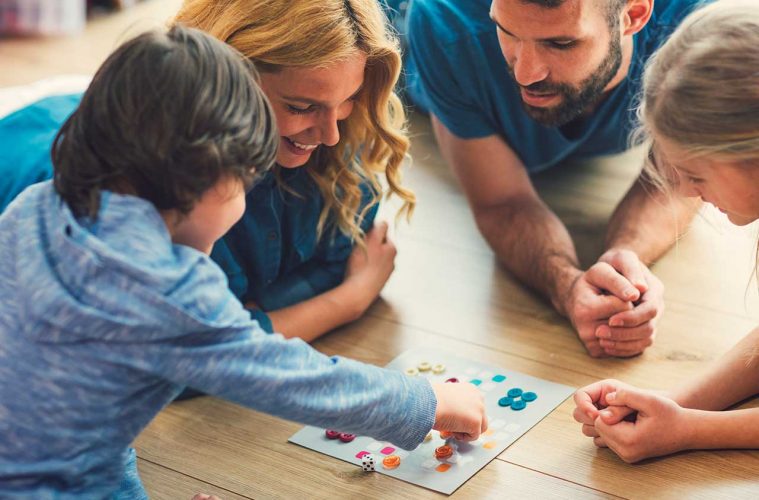 Mystery games will offer you a healthy dose of suspense, intrigue, suspicion, and guesswork. If you’re the kind of person with a knack for solving crimes and mysteries, they’re perfect for you.

A great mystery board game captivates players with a riveting story or premise as well as compelling gameplay. They get your mind working, encourage entertaining game nights, and facilitate exciting conversations with your buddies.

Of all the board games people play, mystery games are preferable when it comes to developing your skills in deductive reasoning, in strategic thinking. Here are the 7 best mystery board games out there:

Clue is the best traditional mystery board game on the market and also among the most popular options as well. It is built by the team at Hasbro. Over the years, Clue Game has evolved to feature different themes, including Disney and Harry Potter.

Due to the appeal of the game as an easy-to-follow title that offers a lot of fun, it has been able to remain popular for decades. In board games, it’s currently called the classic “Who Dunnit” option.

The object of Clue is to dole out cards among players and allow them to use the cards for making deductions about who could have committed a terrible murder.

Nowadays, escape rooms have become trendy in mystery circles around the world.

The idea here is to stuff people into a room, after which you’ll lock it from the outside while they try to solve puzzles to gain their freedom. If you’re the kind of person that loves problem-solving, this type of set-up is ideal for you.

One of the top-rated options we’ve seen in the escape room board game market as of yet is “Escape the Crate“.

The game has everything you need for recreating the experience of an escape room right within your own home. Also, one of the features that make the game fascinating is that though the gameplay involves some competition, it’s also crucial to work together.

Betrayal at House on the Hill

This title has been considered one of the highest-rated mystery board games on the market for years. It’s a perfect choice for mystery buffs.

Betrayal at House on the Hill is less of a traditional game. It adopts a modern approach to mystery by tasking people to explore a house on top of a hill that looks creepy.

Players will search for clues, with the game providing hints on the type of mysteries are hidden within. Betrayal is designed to be slightly creepy.

However, it’s not that scary to make you feel truly chilled while playing it. Fortunately, the game has up to 50 fiendish scenarios, which you can encounter within the house.

Thus, so you can play it often without getting a repetitive experience.

One of the best 7 mystery board games to play when pressed for time is Family Pastimes Secret Door. This title is appealing for many reasons, one of which is its simplicity.

Plus, it’s available at a pretty low budget price, making it a great option when you have a tight budget.

Family Pastimes Secret Door is also an award-winning game, showing its quality is remarkable. To play the mystery board game, you’re required to cooperate with your team members in unraveling the mystery behind the secret door.

With the cooperative element in the title, everyone can be a part of the same team, where they’ll discuss ideas and devise strategies as the game proceeds.

Family Pastimes Secret Door allows up to 8 people to play at a time, and the more players you invite, the merrier it’s.

One of the major challenges players face when searching for the best mystery board games online is that the same story can become boring after playing through it a couple of times.

Consequently, you’ll probably end up spending more money on a new mystery each time you crave something interesting to play.

The good news is that Deluxe 221B Baker Street Game offers you a new adventure every time you play the board game. As expected from a title based on Sherlock Holmes, it’s set in Victorian England, in which players are required to walk around London solving a variety of cases as they happen.

In every game, you might end up coming up with solutions to a dozen different cases, each having a unique story and background.

Are you seeking mystery board game ideas that can keep the kids preoccupied and entertained? If so, I highly recommend Asmodee Mysterium.

The board game offers all the intrigue and clever tricks you’d expect from a title in the mystery circle. But it isn’t that complicated that your children will find it hard to play.

It’s an excellent option for families that seek to prioritize cooperation, rather than competitive gameplay.

This means that everyone wins, or everyone loses.

Scotland Yard is a unique mystery board game that primarily involves putting clues together, examining a crime scene in search of evidence, and piecing the dots together in crimes.

In this board game, you will find everything you need to have a fantastic educational experience. This makes it great for kids as well.

You would love the Scotland Yard family game if you have a knack for mimicking the style of the epic Sherlock Holmes while playing the best mystery board games online.

This game tasks you to hunt down Mr. X, who is a criminal in London. During each round, Mr. X will do something that leaves clues behind, which the other players can discover.

Wrapping up, playing the best 7 mystery board games with family and friends offers you a thrilling experience. If you have kids, some of these titles are also great to keep them busy and entertained.

How to Play Blokus Rules

Best Board Games for 6 Players