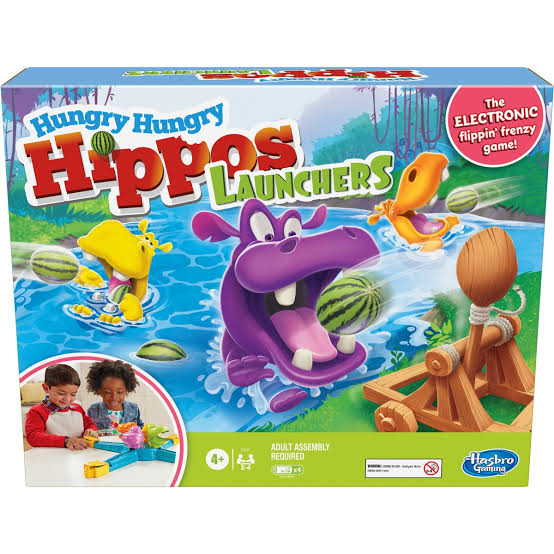 Want to learn how to play Hungry Hungry Hippos? Read on!

Hasbro’s Hungry Hungry Hippos is a well-known game, with its brilliantly colored hippos and marbles adding more to its fun. The title is straightforward to play and provides fast-paced mayhem for two to four players.

After assembling and attaching the hippos to the “pond,” you’re ready to go! So, we’ve prepared a guide that you can familiarize yourself with to know how to play Hungry Hungry Hippos.

What Is Hungry Hungry Hippos?

Hungry Hungry Hippos has been in existence since 1978. And it’s a tribute to the game’s design and regulations that it hasn’t been altered significantly since then.

It’s a tabletop game that all ages can play.

Requirements and Objectives of the Game

Its objective is to gain as many points as possible by eating marbles. Since all participants in the game play concurrently, games conclude rapidly, but this also means that you can complete many rounds throughout each game session.

How to Set Up Hungry Hippos

Hungry Hungry Hippos is a reasonably simple game to set up. You’ve to position it on a flat surface to ensure that no player gains an unfair edge.

If you’re setting it up for the first time, then you need to arrange the Hippos.

Slide the front tab into the pond to be able to insert the head of each Hippo into the body. Lock it in one position by pressing it down.

Ascertain that each Hippo is operating properly by grasping the tail and dragging the neck in and out. Then, put pressure on the tail several times to verify that it’s working.

Put the 20 balls on the set, starting with four in the center and the remaining 16 in the space between the Hippos, large enough to accommodate four balls each.

Around the game board are four mechanical, colorful, plastic hippopotamuses controlled through levers on their backs.

Anytime you press the lever, the mouth of the Hippo opens and extends its telescoping neck forward. When you release the lever, the head descends and retracts.

Each player distributes colored plastic marbles on the board, and then they press the lever of their Hippo multiple times so that it can eat the marbles, which moves from beneath the Hippo into each player’s scoring area.

Once the Hippo has consumed all the marbles, the player who collected the most becomes the winner.

Pick any one of the players to announce the start of the game. Choose any measure that works for the player in question, as the game’s host or the loudest person in the room.

That individual’s responsibility is to announce when players may begin munching their Hippos. Wait for everyone to confirm their readiness before yelling ‘GO’ to start the game.

The players compete with each other to ensure their hippos eat many of their marbles.

There’s a button right beside each player’s hippos which they release anytime it’s pressed. They can release at any moment during the game. Press the Hippo’s tail to control the mouth, which is used to capture all the marbles.

The players determine who the winner is when all the marbles are gone.

Hippos have two sets of rules: beginner and advanced. According to the beginner’s regulations, players must fill their marble release groove adjacent to their Hippo.

Following that, choose a player to go first, and that player will then release a single marble onto the board.

As soon as the marble is released, each player competes to ensure their hippos eat it. After that, the game moves clockwise, and the next player releases their own marble.

Continue playing until no marbles remain in the marble groove. The player with the highest amount of marble wins.

The advanced rules are essentially the same as the rules for Hungry Hungry Hippos. Simply have each player load their marble grooves with five marbles and then simultaneously release them into play.

Begin munching and continue until you have the fattest, most stuffed Hippo. When no marbles remain in play, the player with the most marbles wins.

How to Score In Hungry Hungry Hippos

If you intend to play numerous rounds of Hungry Hungry Hippos, create a scoring system. A player earns one point for each marble.

The player who obtains the golden marble receives a bonus of five points. Whoever has the highest point is the winner.

Are there different sets of rules for hungry hungry hippos?

There are a few different methods to modify the Hungry Hungry Hippos rules.

Alternatively, you can drop all of the balls into the center and have everyone go insane chomping on as many they can.

Or you can establish a rule stating that whoever captures the golden marble wins the game, rendering the other marbles unimportant.

Can children below five play the game?

The recommended age for the game, according to Hasbro’s rules, is 5+. This is because of the marbles small size and potential choking hazard.

Children under the age of five would enjoy themselves and would have no difficulty controlling the Hippos, but they would require adult supervision the entire time.

Hungry Hungry Hippos is quite entertaining, which means you can incorporate your kids into the game. The no age barrier makes this game an excellent addition to family time.

If you don’t mind going back to that childhood experience, then talk on the wild side and try it out. The rules are easy to understand, neither does it require any special skills to play.

We hope our easy-to-learn guide on how to play Hungry Hungry Hippos encourages you to try it out.