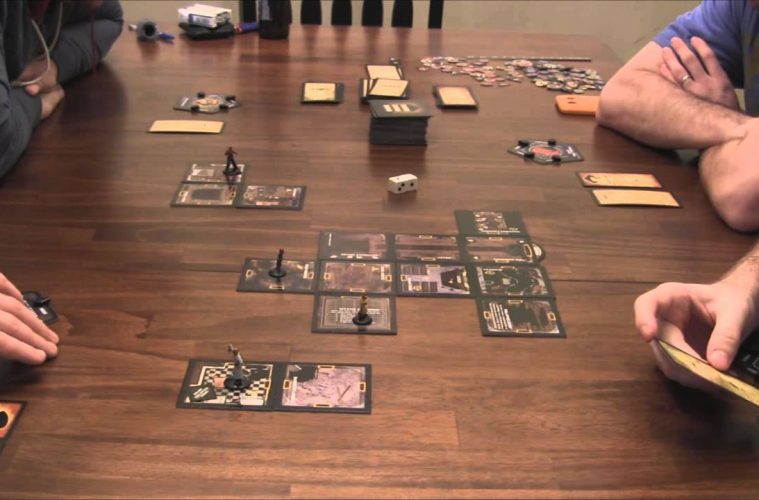 Betrayal at House on the Hill Rules & Strategies

This title is a board game that was published in 2004 by Avalon Hill. It was designed by Bruce Glassco and developed by Bill McQuillan, Rob Daviau, Teeuwynn Woodruff, and Mike Selinker.

It’s a perfect option to plan your evening when you’re seeking something that fits the theme of a spooky game night. Players all start the board game as allies and will explore a haunted house that is full of traps, dangers, omens, and items.

As players move to new parts of this mansion, room tiles are selected randomly and positioned on the game board. The implication of this is that during each session, the game is different.

Let’s look at Betrayal at House on the Hill rules.

Betrayal At House on the Hill Rules

Items in the Box

Here are things you will find in the box for Betrayal at House on the Hill:

Objective of the Game

Betrayal at House on the Hill takes you through the world of B-movie horror. The game has 2 distinct phases.

In the first, you and the other people playing with you will explore the house, place tiles down and sometimes pick up cards from the 3 decks (Omens, Items, & Events).

The game enters the second phase, where the horror aspect of Betrayal at House on the Hill gets more intense as your intrepid heroes are required to band together to survive 1 of 50 Haunt scenarios.

All of you must do so except one person as the game is co-operative most of the time. 1 lucky player will become the traitor and will receive their own set of goals.

You won’t have an idea of who this player will be until one of the participants triggers the Haunt scenario. This means it’ll be hard putting too much trust in each other in the early part of the game.

Any player might be the person that will attempt to kill you when the Haunt starts!

Let’s Look at the Explorers

It’s time to select your characters. In Betrayal at House on the Hill, six (6) Character Cards (two-sided) are available, with each of them having 2 explorers that you can select from.

Look for the mini corresponding with your Character Card (the color has to match) and put it on the Entrance Hall tile. Each character shows four primary abilities: Might, Speed, Knowledge, and Sanity.

In case the markers are hard to use for you (as you most likely will), you can also get paper and pencil for tracking your ability scores.

Betrayal at House on the Hill Rules: Entering the House

The character that has the next birthday (you can find it on the Character Card!) will go first and will move clockwise around the table from the starting point (the front door).

On your turn, move your character a number of Room Tiles matching your Speed precisely. You’re allowed to pass through doors, marked with yellow outlines on the Room Tiles.

Draw a Room Tile when you move through an unexplored door, and place this tile next to the room you’re moving from.

How to Draw and Place the Tiles

Explained above are some Betrayal at House on the Hill rules. This board game is exactly what you need for campy horror in your next game night. Also, it’s one of the best mystery board games to enjoy with Family & Friends.

How to Play Sequence for Kids Rules

How to Play Chinese Dominoes Rules

How to Play Hedbanz Rules and Instructions