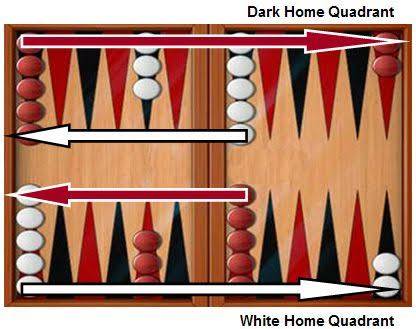 A game for two players, Backgammon rules have two variations: Dutch Backgammon and Acey Deucey. The object of this title is to be the first player to remove all 15 checkers (Backgammon pieces) from the board.

One of the oldest board games known in history, it requires both strategy and luck (since it involves the use of dice). While it can be set up within 10–20 seconds, playing time can be as short as 5 minutes or as long as one hour.

Backgammon belongs to the tables family of games, which is one of the oldest types of board games. Suitable for players from age five and above, let’s discuss Backgammon rules and instructions.

Objectives of the Game

In a game of Backgammon, players aim to move all their checkers into their home table (the inner table closest to them), after which they’ll bear them off. Bearing off checkers means moving them away from the board.

The winner of the game is the first player that bears off their checkers.

But achieving the objective requires more than this. Unless Backgammon involves staking, it’s not played appropriately. Thus, in a match, players ultimately aim to win more stakes than their opponent.

Backgammon is played on a specially built board with four tables of six thin points or triangles on each of the tables. Starting from the edges of the board closest to the players, the points are directed inward thereby forming two rows of a dozen points at the opposite side.

There’s a bar bisecting the board, with the two tables on one side called the “home tables” or “inner tables”, while the others are designated “outer tables”.

The conventional rule is to place the inner tables in such a way as to face the greatest light source. Apart from that, the equipment consists of 15 black disks, 15 white disks, two dice, two dice shakers, and a doubling cube.

The game starts with each player rolling a single die; then, the player that has the highest number moves first by making use of the two numbers rolled. In a situation where both players roll the same numbers, the dice are rolled again till they get different figures.

Then, the players alternate turns, rolling two dice at the start of each turn. Ensure the dice are rolled together always and land flat on the right side of the board. If it lands on the checker or outside, roll the dice again.

The following Backgammon rules apply when moving the checkers:

These are the points to take note as regards the Backgammon rules that apply to hitting:

Backgammon Rules for Bearing Off

The first player that bears off all checkers becomes the winner of the game. If the opposing player has borne off a minimum of one checker, a single game is won, with the current stake forfeited.

Variations of the Backgammon Rules

There are two variations of these rules: Dutch Backgammon and Acey Deucey.

Dutch Backgammon is played the same way as Backgammon, but there are two notable differences:

The Acey Deucey gambling game of Backgammon is popularly played in the American military forces and shares similarities with the first type. The main feature of Acey Deucey is that a roll of a 1 and a 2 is a special throw known as acey deucey. In this variation, the rules are the same way as Backgammon except the following differences:

Doubling isn’t part of Acey Deucey, and doubling cube isn’t available. But some people play hoping that the stake gets doubled each time an acey deucey is rolled.

This variation on the game also contains a different technique for determining the winnings each match. At the end of the Backgammon game, the losing player has to pay the stake to the winning player multiplied by the number of checkers still left on the board.

Automatic doubles: This rule stipulates that if identical figures are rolled on the first throw of the dice, the stakes will be doubled. The doubling cube is changed to 2 and is left in the middle. Players normally reach an agreement to restrict the number of automatic doubles to one per game.

The Jacoby Rule: Gammons and backgammons will only count as a single game if none of the two players has provided a double in the game. The advantage of this rule is that it speeds up gameplay by getting rid of instances where a player avoids doubling so they can play on for a gammon.

Beavers: When a player is doubled, they may redouble (beaver) at once while still retaining possession of the cube. The original doubler can accept or refuse as with a normal double.

The bar is that part of the table where players put checkers after they’ve been hit. The bar is the raised ridge that’s down the center of the game board dividing the inner table from the outer table.

What does the bar-point mean?

It’s another term for the seven-point. The bar-point is the point next to the bar with no checkers on it at the beginning of the match.

Am I allowed to pass when it’s my turn?

No, you’ve to play your roll once there’s any legal way of doing that. If you aren’t able to play all your numbers, you’ve to play as many as possible. Thus, if you throw and can play only three of your four 6s, that’s the step you’ve to take.

One of the top classic wooden board games to play with friends, Backgammon rules have two variations which are Dutch Backgammon and Acey Deucey. Both types share similarities with the standard version, but with a few differences. By following the tips in this post, you can learn how to play.

Games like Risk – Very Addictive I Must Warn You!