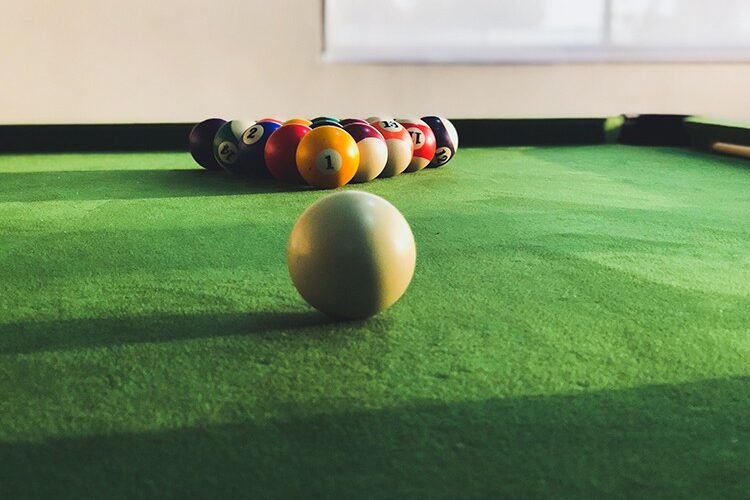 One Pocket Pool Rules And Gameplay

One Pocket Pool is a challenging game with basic rules.

The gameplay is straightforward from start to finish, but players must overcome various obstacles along the way.

Let’s examine the usual One Pocket rules that distinguish this game from other pool games.

One pocket pool is one of the most difficult to master, high-stakes, and popular billiard games globally.

It has been included in various pop-culture media channels, including films, books, and even plays.

The whole plot of Turn The River, a 2007 sports drama, is centered on the one-pocket pool game.

As the name implies, each player is assigned one pocket for the game’s duration.

In some ways, it is comparable to a call-pocket game; however, one may or may not opt to call balls during the game to increase complexity.

The game isn’t for those who are just getting started. To succeed, you’ll need a small amount of time and talent. Because of this, it’s an excellent choice for those who are already proficient in other types of pool games.

To play one pocket pool, you need the following

Billiard table. A standard billiard table of 9 feet in length. Although this table has six pockets, the game utilizes only the two pockets in the table’s top rail’s corners.

Balls. 16 balls, that is 1 cue ball and 15 object balls. The ball’s printed number, color, and pattern are unimportant to the game

Rack. A standard triangular rack similar to that used in an eight-ball pool.

The difference is that the balls are placed randomly in this rack, and the numbers on the rack’s top/center are irrelevant.

Similar to the other pool breaks, a legal break shot in a pocket pool game consists of pocketing a single object ball or ensuring that at least four object balls touch the rails.

However, the significance of break shots is unmatched in this game.

The shooter who makes the break has an advantage because a single shot toward the allotted pocket can simplify pocketing many object balls.

Transversely, the player can also break to create inconvenient shots for the opponent assigned to the next pocket.

One Pocket Pool — The Play

A player’s inning will continue as long as he legally pockets a called ball.

After the participant’s inning, any balls that fall into a pocket other than one of the foot pockets will be spotted.

Suppose no additional balls are on the table and a player’s inning is still alive.

In that case, any balls in illegal pockets will be noticed, allowing the player to finish his inning.

Playing safely is permitted. Any ball(s) pocketed on a safety stroke will be spotted unless it falls into the opponent’s pocket (they become the opponent’s legally scored balls).

To use safety play on a frozen ball (or any ball near a cue-ball of a cushion) requires:

If the frozen ball remains frozen after each player has played two safeties on it! The third and subsequent safeties on the said ball (until it becomes unfrozen or a different object-ball is played) must either:

move the frozen object-ball to a separate cushion beside the one it’s frozen to;

or the cue-ball must make contact with a cushion after touching the frozen ball;

or the shooter may play a different object-ball.

Failure to play a frozen ball in the manner described above constitutes a foul.

Any ball that falls into the opponent’s pocket will be counted against him (even if the stroke was foul).

In One Pocket, jump shots are permitted if executed with the player’s own standard playing cue and proper leaping techniques outlined in the General Rules.

One Pocket does not allow the use of specialized jump cues.

‘Handicap,’ a rule common in One Pocket or Straight Pool, is designed to level the playing field when players with varying degrees of pool ability compete.

As the name implies, a rule is predetermined to handicap or make the game more difficult for the stronger player.

This can be accomplished by raising the winning threshold for the more experienced player and reducing it for the novice.

For example, a 10-6 location in which player A (the stronger player) is disadvantaged by being assigned a larger score (10 legal pockets) to chase, but player B is favored.

Another interesting technique to handicap is to allow player A to score a ball in the selected pocket using only bank shots or kick shots.

This will limit opportunities and strategies that player A can use to win.

On the other hand, Player B can practice freely and so improve his chances of winning the game.

1 point is added for each legally pocketed object ball in the allotted pocket.

Each foul results in a deduction of one point.

When a foul is a scratch, no points are deducted.

How to Lose a Game

There are 2 ways a player can lose the game.

If his opponent scores eight balls before him, the player loses the game.

If a player commits a foul in each of the next three innings, they will be out of the game.

When a player has eight lawfully pocketed balls in his pocket, he wins the game.

A participant may win the game by pocketing balls in his opponent’s pocket!

If his opponent doesn’t signify that the balls were scored in the incorrect pocket before reaching the required number of scored balls.

Should the opponent tells the shooter that he has been pocketing balls in the incorrect pocket before reaching the required number of balls to win the game!

Then all balls pocketed by the shooter will count for his opponent.

How to Pay for Penalties

The standard penalties for fouls, scratches and similar infractions will apply.

If the penalized player does not have any balls to pay the penalty, he will owe those balls to the table.

Which One Pocket pool player is the most popular?

While it is difficult to match the fame of World Champion Dennis Orcullo in the modern era, Grady “The Professor” Matthews remains an enduring figure among One Pocket legends.

In one pocket pool, how may a player be eliminated?

The rules of one pocket pool prohibit a player from receiving more than three consecutive fouls, which is sufficient grounds for a player to lose the game.

Is it more challenging to play a straight pool or a one-pocket pool?

Straight pool is the only game that can compete with and defeat One Pocket in terms of difficulty.

A straight pool’s rules and gameplay are significantly more complex than One Pocket pool.

One pocket pool can be pretty challenging and fun.

Unlike other games in which any pocket can sink object balls, this one uses only two pockets.

The objective is to accumulate points. When players pocket any object ball into their designated pocket, they earn a point.

The participant to accumulate a predetermined number of points wins the game. However, with the right skills, you’re good to go.

Hopefully, you have adsorbed everything you need to know about One pocket pool rules and gameplay.