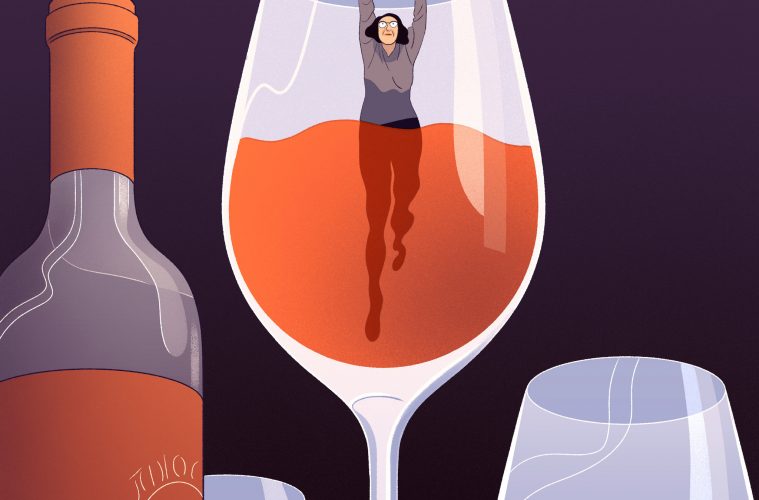 We all have one of those nights when you’re with a friend and have literally nothing doing, and you want to get somewhat intoxicated.

Don’t deny it: Getting drunk is much more fun if you’re doing it with one of your best friends!

Although most of the games that involve drinking are intended for groups, many other games can be played by 2 people.

With these drinking games for two, you will have fun in no time, because who doesn’t adore a decent drinking game?

Besides, there isn’t any rule saying you can’t host a party with just 2 people; it’s an excellent way to infuse a portion of amusement into the night.

In this article, we will be reviewing a few drinking games for two below.

Two Truths and a Lie

Just getting acquainted? Then Two Truths and a Lie might be the ideal game for the two of you.

The game is more entertaining when you don’t have a deep understanding of the other individual. What’s more?

You needn’t bother with any props or cards to play.

Start with one individual stating two facts that are valid about themselves and one lie.

The statement’s order isn’t necessary, and that person must confidently list the declaration as if they were all true.

At that point, the other player has to deduce which of the statements made is real and false. If the prediction is right, then the person that listed has to take out of the drink.

However, if the player made a wrong guess, he/she must drink.

Afterward, the other player has a turn, and so on. You can play the game with a mixture of drinks or shot taking or beer; everything depends on how intoxicated you want to get.

Consider picking out fascinating and remarkable facts the other player doesn’t know. Choose something for the lie that could be very credible.

Never Have I Ever (for 2 people)

Never Have I Ever is possibly one of the most mainstream drinking games around, and you might already know it.

Although the game is typically played in groups, it’s also a fun 2-person drinking game.

Similar to Two Truths and a Lie, Never Have I Ever is best played by two individuals with limited knowledge about each other. The objective is to uncover as many secrets as possible.

For this game, all you need is a drink of your choice and a partner to play with.

The first person says something he or she has never tried before. If the other player has done this previously, that player has to take a sip out of the drink.

I’m confident that this game will trigger some intriguing discussions, and you’ll definitely get to know one another. I suggest starting with something simple and afterward, work your way through to the juicy stuff.

Another drinking game that’s normally played in a group is Flip Cup; however, it can equally be played by two people. You also have to plan the correct props — two plastic cups, liquor, and a table.

Generally, beer is used in playing the game, but you can customize the game to your taste.

Fill up two disposable cups with beer or any other alcoholic drink and set the cups on opposite sides of the table.

Both players must take their position on these opposite sides, right beside their cups.

To begin the game, the players must pick up their cups and drink the content as fast as possible.

Afterward, each cup has to be turned over and placed on the table, with a little part of the cup hanging over the edge.

From that point, each player must try to flip over to land on the table correctly.

Every time a player doesn’t successfully land the cup, he/she has to return the cup to the same position to try once more. The game continues until there’s a winner.

Although the game is straightforward, it’s fascinating and thrilling, and you’ll discover your heart racing if you hope to land your cup correctly.

Truth or Dare is another popular drinking game that a great many people know about.

The game is also an excellent way to get to know the other player better. Simply get alcohol to play the game.

In the beginning, the first player will ask other player truth or dare?’ Player two then decides whether he/she wants to be asked a question or to be challenged.

At this point, the first player asks a question or propose a dare. If player two won’t answer or do the dare, he/she has to drink.

Should the second player do the dare, then player one must drink. The game continues with each player taking turns, and it goes on in that order.

Here are some examples:

“Who was your first kiss?”

“What’s the most embarrassing thing you’ve ever done?”

“Who was your first crush?”

I dare you to walk up to a lady and tell her you love her.

I dare you to run around the neighborhood in your underwear screaming, “I’m the world’s greatest.”

If, by any chance, you and your friend are into a particular TV show, then you can definitely turn this shared TV program into a drinking game for two. To get started, you need your TV, a pen, paper, and drinks.

First, write down all the quotes or actions frequently made and said on the TV show want to watch. For instance, maybe one of the characters likes to cat-call ladies.

Think of tagline and some actions these characters perform and say regularly.

Should you need assistance, you can search the internet for lists or try to Google “drinking game” and the name of the show you’re going to watch.

Next, turn on the TV and switch to the show.

For every word or phrase, action on your list, you both take a shot or a drink. This is an excellent way to bond over the show you both love to watch and get drunk together.

Thus, this is one of the best drinking games for couples.

For this fun drinking game, you need a deck of cards. This is a perfect game for two players. It’s straightforward to learn the guidelines and play.

To begin, deal out a card. The other player guesses whether the following card from the deck will be higher/lower than the card that you previously dealt.

If the player guesses wrong, he/she has to take a drink, but if the answer is correct, you take a sip.

Deal the card alternately until you have gone through the whole deck. It is an awesome speculating game that anybody can play.

Do you know the game Battleship? This variant will take your breath away.

Begin by creating your own battleship board if you do not have the game. Draw a 7×7 grid on a piece of paper.

Then, name the columns section alphabetically and the rows segment numerically.

This way, each field has a letter-number label (for example, A1, B4, and others).

Place six X’s in the boxes to serve as your boats. Take turns deducing where your opponent’s boats are.

Makes sure you keep an eye on areas you’ve guessed so that you don’t repeat it! Each your opponent deduces where your boat is, take a shot.

The loser is the one who finishes his six shots first.

Death Pong: Death Pong is a beer pong using beer, but a cup contains alcohol. The other player has no idea where you placed the shot.

Tic-Tac-Toe: Instead of using X’s and O’s to play, this game utilizes shots.

Red/Black: This drinking game requires a playing card and beer. The dealer turns over a card, and another person guesses the color, whether it’s red or black. If he/she is right, no one drinks.

If the answer is wrong, the player that was guessing drinks. If there are three correct answers in a row, you can make up a rule. For example, don’t say “drank”, “drink”, or “drunk”.

If a rule is violated, the person breaking the rule has to drink. Once the entire deck is finished, shuffle again and start over.

Now that you have an idea of these fun drinking games for two, get out the shot glasses, grab a friend, and just have fun!

But also remember to drink responsibly.

Whether you and your friend have known one another for long or you just met and want to know each other better, there’s a suitable drinking game for you above to keep you engaged.

Most drinking games are generally known to be a group thing. However, it can be just as much fun with two people or considerably more with the correct game.